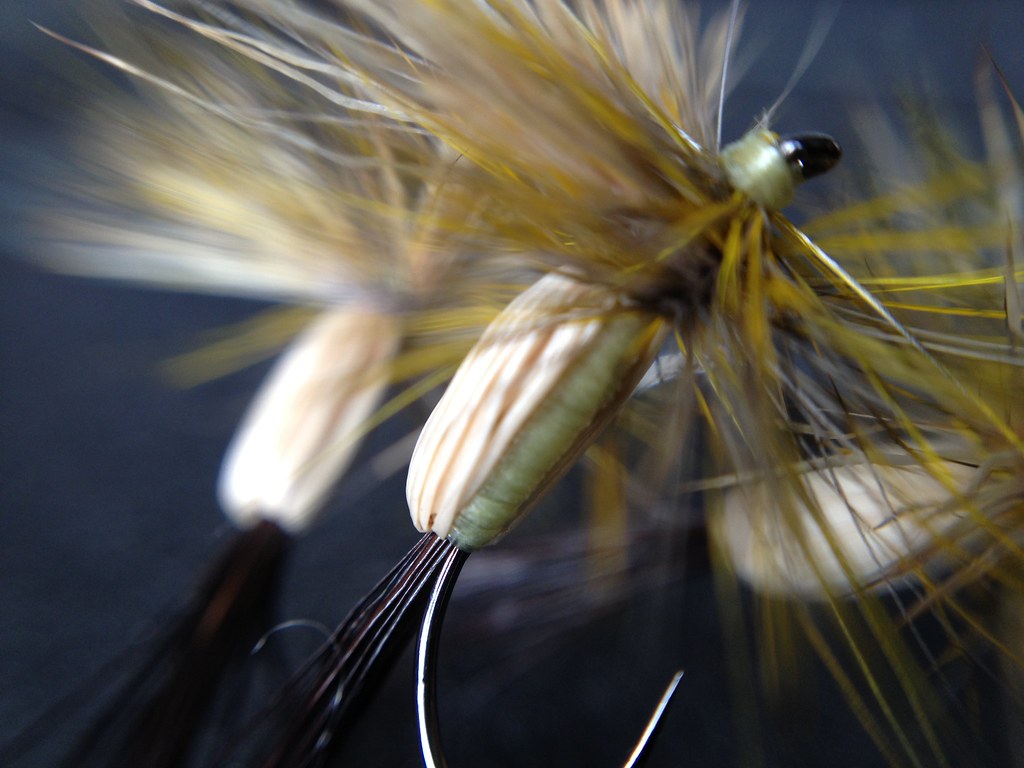 I find the old traditional American dry flies fascinating. To me they are eye candy flies when perfectly tied. But despite that I enjoy looking at and tying them I have never really had much confidence to fish with them. I have no idea why I feel they way about them, I suppose I have never really given them a fair and thorough use. Of all the US flies the Humpy is a particular favourite of mine and to give it a fair chance I have tweaked the recipe to give me a pattern that may well prove its worth. In a larger size the Humpy can certainly be used to imitate the Danica mayfly. This got me thinking that maybe I could make the fly an even better representation of the mayfly by adjusting the colours of the materials used. The best video I have ever seen on tying the Humpy is found on a YouTube channel by tightlinevideo, the videos are clear, instructional and the flies are perfectly tied. I have used the Humpy in this video as my benchmark for this pattern.


One of my favourite mayfly patterns is Oliver Edwards Mohican mayfly; so much so that I exclusively only use this pattern as a dun imitation. So I thought about what I could take from the Mohican and transfer it over to the Humpy to make it a closer match to a Danica. The Humpy uses grizzle and red game for the hackle; the Mohican uses medium dun and grizzle dyed yellow so an easy swap there. The Humpy has many variants simply by adjusting the underbody colour; I've used a cream coloured thread to match the body of the Danica. The moose body hair used on the Humpy has been kept, the Mohican uses moose mane. On the tightlinevideo the wing and over body hump is tied using one stack of elk hair, this keeps the pattern simple and helps minimise bulk. The Mohican mayfly has a yellow dyed deer hair wing tied so it is laterally compressed.

I originally tied some Danica Humpy's with the standard bleached elk wing and hump, but given the colour of the Mohican wing I thought the extra step of tying in a separate yellow deer hair wing could be worth it. I have found the yellow wing mostly blends in to the hackle and not standing out as a separate feature. Aesthetically the bleached wing looks better but the yellow wing looks tastier; I'll let the fish decide. 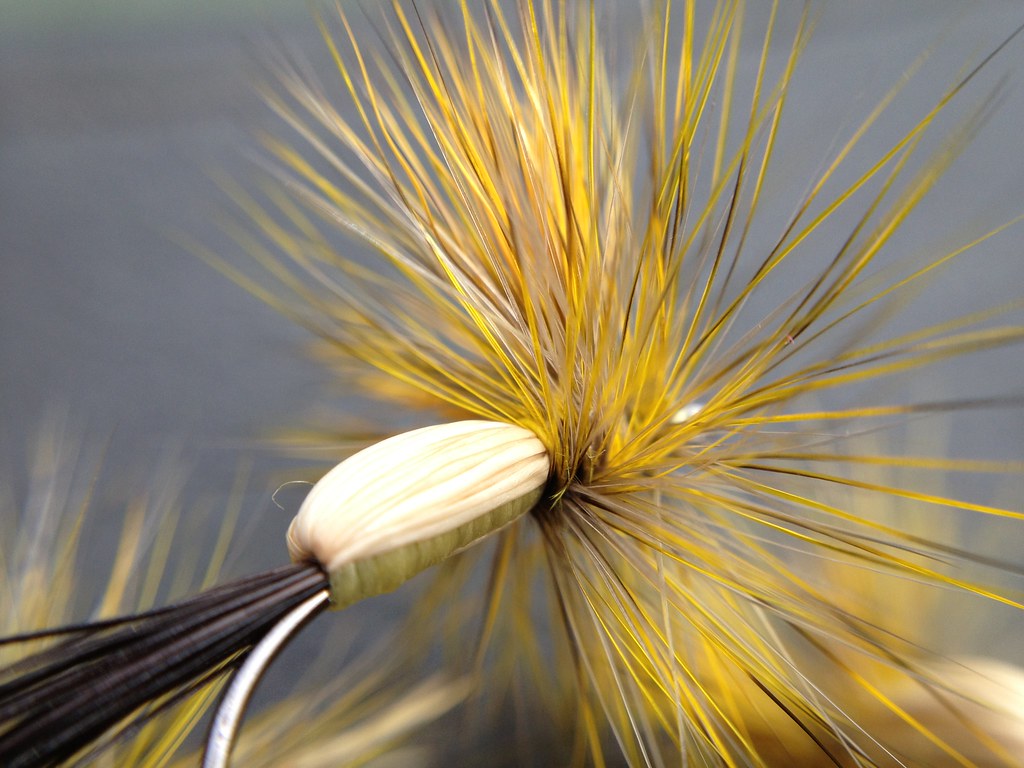 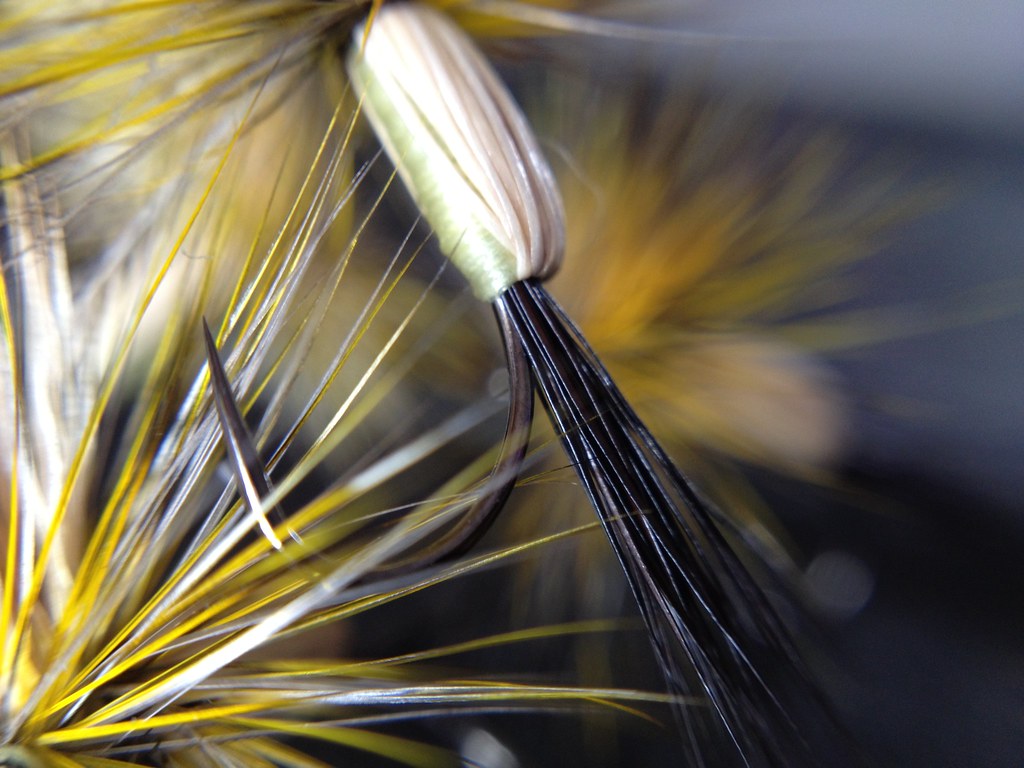 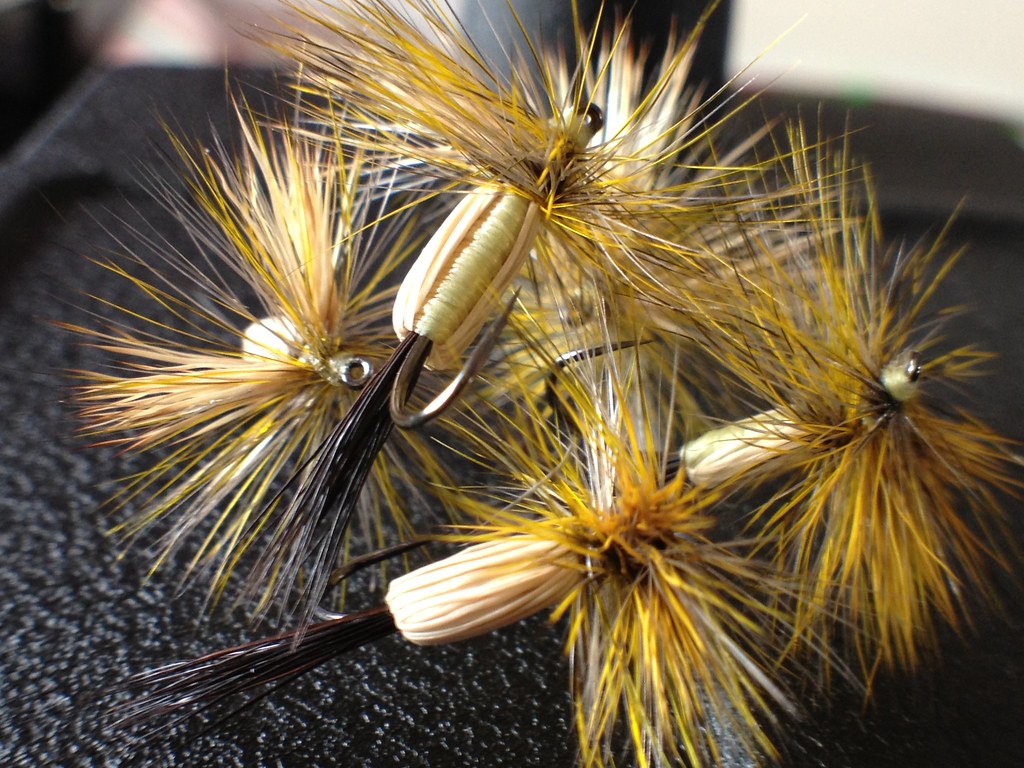