One saddle to rule them all 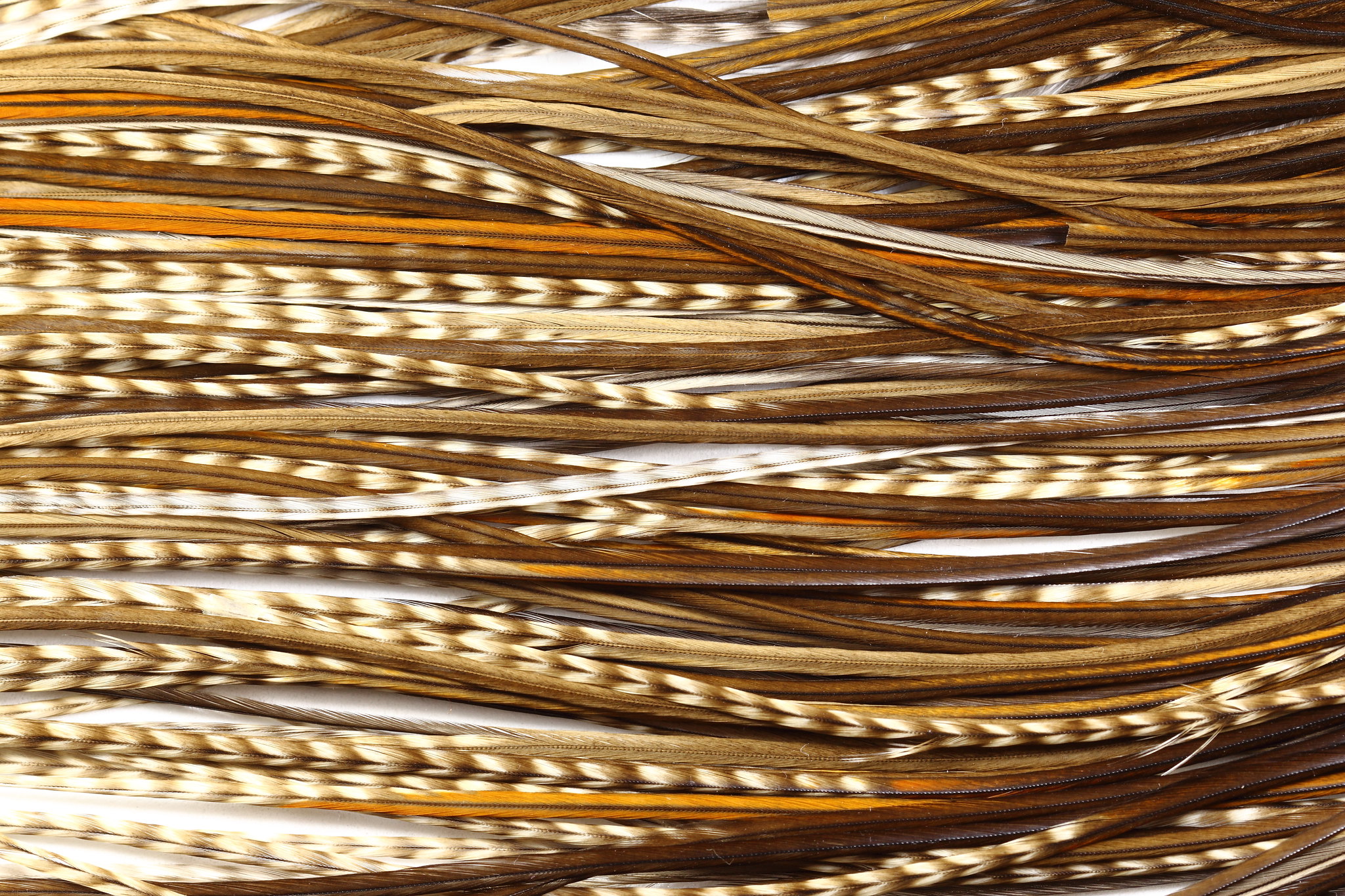 Mike and I went halves on a couple of saddles from eBay. The remains of the hackle craze that overcome the states mean you can find barely used saddles for reasonable money.

One that caught my eye was a dun grizzle. What I liked about his saddle was the depth of colour in the barring; I had a dun grizzle neck that really wasn't - it was more a medium grey dun with a hint of barring over some of the feathers. Incidentally I split this cape and gave half to Mike; I dyed my half in picric producing a wonderful golden olive hue.

Although I could see the saddle was a variant it wasn't until it was in my hands that I could really appreciate the colours found within. If you could ever be turned on by some feathers, then this will do it. I have found the obvious dun grizzle, dun badger, greenwells/furnace, dark and medium brown dun and black. You wouldn't need many other colours to complete your collection. All that remains is to find another one like it - now there's a challenge, one I'll pass on to Nige at Lakeland.

Of course I had to use it. I had tied a couple of Peter Hayes' S.O.S. (sits on shuck) using a medium grey dun, the results were pleasing, but when I tied the same fly with a dun grizzle hackle, I was astounded. The dun hackle really gives the appearance of life, so much so I may only use dun grizzle from now on.