After putting some pictures up on the fly forums I was PM'd and asked if I could tie some for somebody. I've sold excess flies before but this is the first time I've tied to order. Although I generally don't get a great deal of time to tie flies it didn't take me too long to knock up the required number.

This fly is a Steve Thornton pattern. I like tying these up although the varnishing is time-consuming and in the future I may invest in some UV cured resin to see how that works. I use this fly mainly as a stalking pattern, but I wouldn't hesitate using it in a small Stillwater. As a rule I tie these up without colour and use various shades of permanent marker to colour just before varnishing. Predominantly I would use a watery olive, grey tones and a subtle pink. 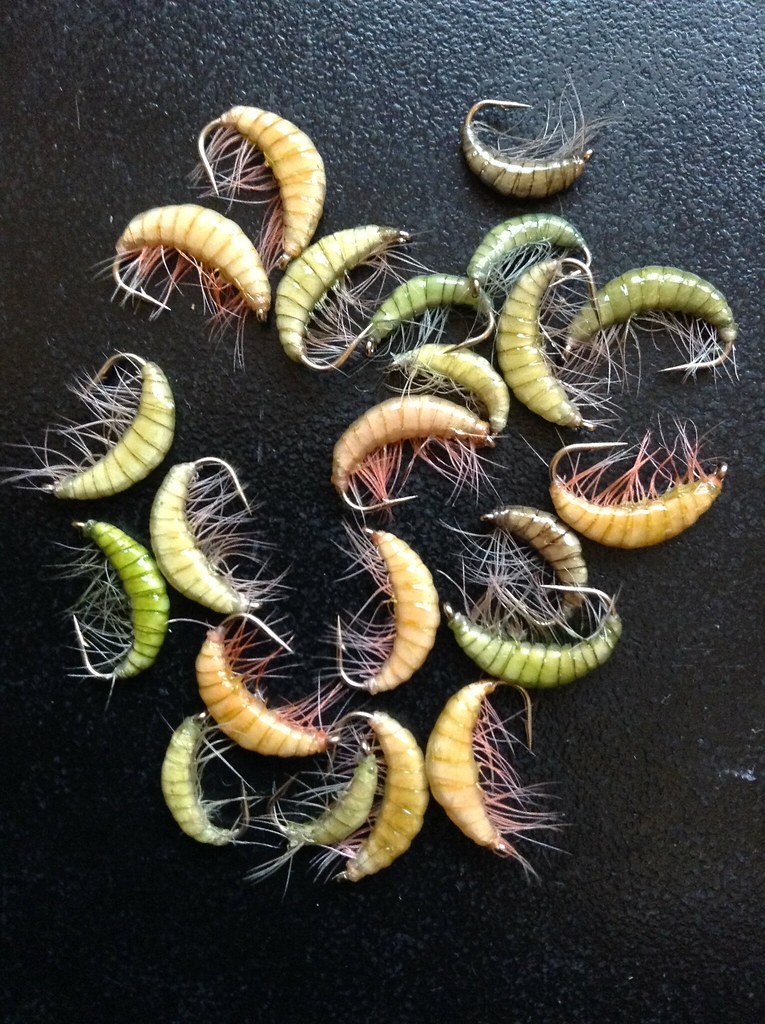 The under body is built up with thin strips of adhesive lead foil creating a hump, flatten this laterally and coat with Tip-ex fluid. The body is Virtual Nymph Skin wrapped under high tension to keep the shrimp slim. Tying thread left at the bend is used to tie in the hen hackle that creates the legs, follow the edge of the Nymph Skin to the eye. I use white hackles as they are easy to colour but it would be nice to find a hackle that have some speckles, but I don't suppose it matters to the trout. After colouring apply two or three thin coats of varnish, that gives it a great translucent effect as well as providing a degree of protection. Size wise I tie these on 12 to 16 and I suppose you could go smaller but I don't think there is any need and it would be quite tricky to tie.

As a thought, and something I may try in the future, would be a spun loop of say, squirrel guard hairs or something similar laid along the bottom of the fly, trapped by the thread in the same way as the hen hackle.