The conundrum of copper wire colours. 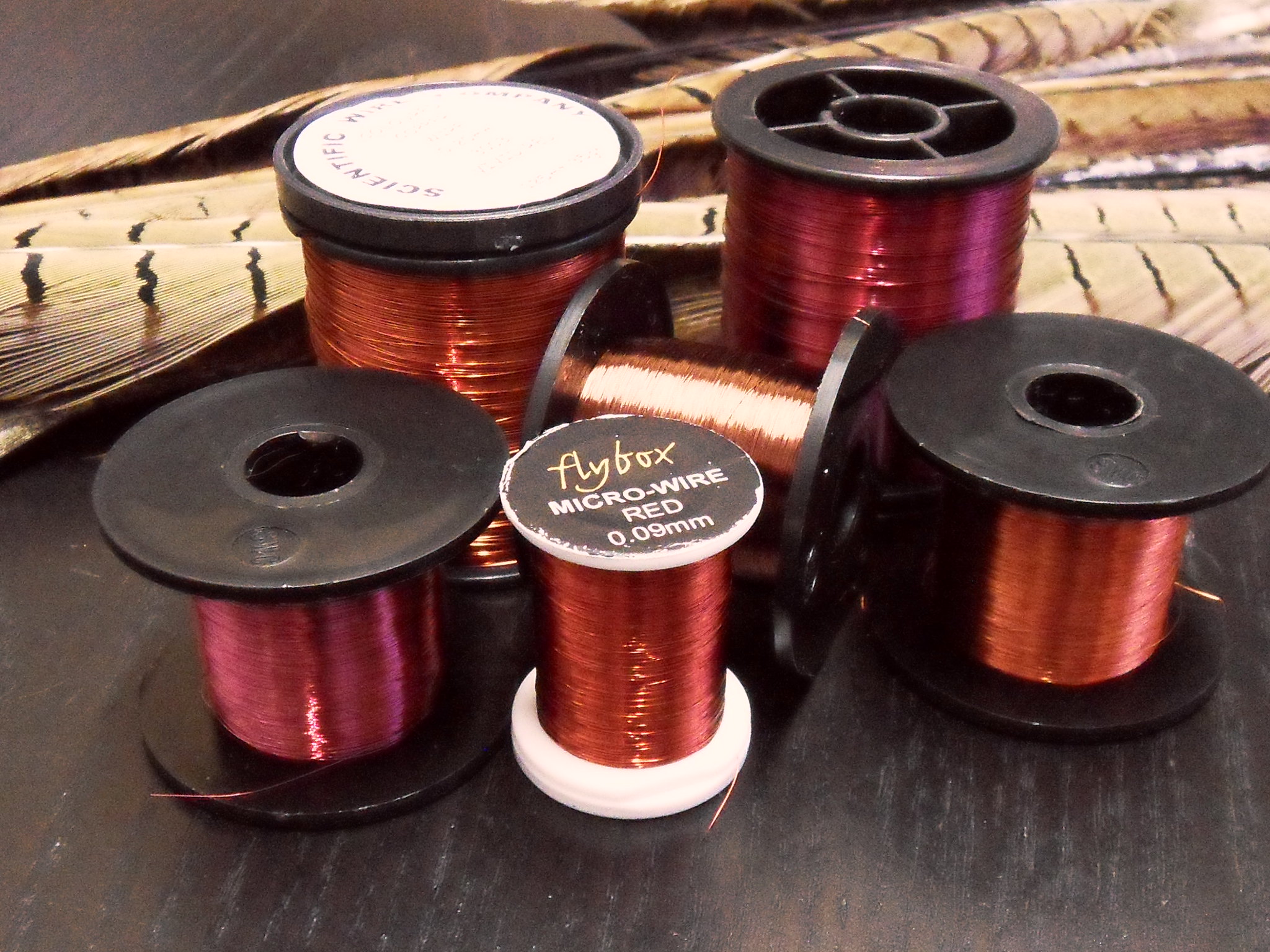 In my first post I wish to discuss the Pheasant tail nymph, well Sawyer's Pheasant tail nymph, but specifically the wire used in tying Sawyer's PT nymph. I always feel a sense of nostalgia about patterns like this; those that have survived the ages, still as deadly and effective as when first conceived, a true classic. This is a particular favourite of mine and I always carry some in sizes 16 to 20; though I generally only use it for it's intended purpose; targeting sighted fish, rarely fishing blind.

For me Oliver Edwards best demonstrated the correct way to tie the PT nymph in his Essential Skills Sight and Search DVD. I would like to follow the dressing as closely as I can, but I have always found the colour of the copper wire used difficult to find. Described as red coloured wire; the original wire used was enamelled and really best called dark red or even maroon. I can only surmise that Frank Sawyer chose this wire over the normal colour of copper, because it blends in well with the rich russet brown of the pheasant tail fibres.

﻿Unfortunately for us today copper wire is rarely enamelled this colour. As much as I would like to track down some I think it would take a lot of effort to find exactly what I want, especially in the right thicknesses. Thankfully the Internet provides a few options. One that I have used is wires.co.uk, they have a good choice of both colours and diameters. My preferred size of wire for PT nymphs is 0.10mm. Also available is a 0.09mm microwire from Flybox and x-small (0.10mm) wire from UTC, but the range of colours are smaller. In the past I used to use the x-small UTC wire in wine and that proved satisfactory enough at the time. Since I have found other sources of wire I have explored different colours available although I find it frustrating that the original red enamelled colour isn't available. That said on the wires.co.uk website the sample picture for wine colour does looks spot on but on arrival it proved to be a much more lighter, more purple hue and not the illustrated deep red.

The colours I have at the moment are two types of red; one is from Flybox the other from wires.co.uk, a wine and a mid brown, again from wires. I have tied up four size 16 PT nymphs using ordinary coloured copper, one of the reds along with the wine and brown. Generally when you see Sawyer's PT being tied, most of the time it is with ordinary copper. My only issue with this; and I suppose it really is just me being pedantic, but I find it too glaring, too obvious I guess, maybe it has more to do with the thickness of wire used because in the sample I've tied, it's not particularly noticeable.


Currently the flies I have in my fly box are tied with red wire, only because at that time it was the only colour I had and I haven't gone through them yet to replace. Of all the colours the red stands out considerably, but I don't find it dazzling and I guess the fish don't either as I have caught both trout and grayling on them. The mid brown blends the most, with the wine and plain copper coming in just behind. The one thing that strikes me most is how unobtrusive the various coloured wires are, except the red, but even then that still doesn't seem unnatural or gaudy.

So this has me pondering, would Frank Sawyer have used any other colour of wire if he had them available. Does having a little bit of glint and shine from a brighter colour make the fly more or less effective? I know from my experience that the red and wine coloured wires do not hamper the fly what so ever. I also don't honestly think that using the brown would change anything either. I guess that as long as its tied properly, fished correctly and doesn't raise any suspicions, use what you have or what you want. But just for me, don't use thick plain copper wire, it bugs me.