Finding time to fish is a rare and precious commodity for me. Luckily due to my job I do get the odd spare half a day quite regularly, with infrequent full days. Today I finished at lunchtime and took the opportunity to have an afternoons fishing. The weather wasn't going to be particularly great, gusty winds coupled with a high possibility of rain. I have said to myself though, as my time is now limited I will persist and fish in unfavourable conditions; if nothing else just for more experience. I arrived and had a quick scout on a section near where I had parked my car. Although the wind ruffled the surface somewhat, it did occasionally die down to allow the chance to spot fish; this river is a seek and target water. I went back to the car and changed out of my work clothes into my fishing gear. Back to the river I got treated to some sunshine; this turned into a misleading precursor to the day's end. Whilst the sun was out I did manage to spot and take a picture of a sizeable trout laying in a steady glide above a weir. 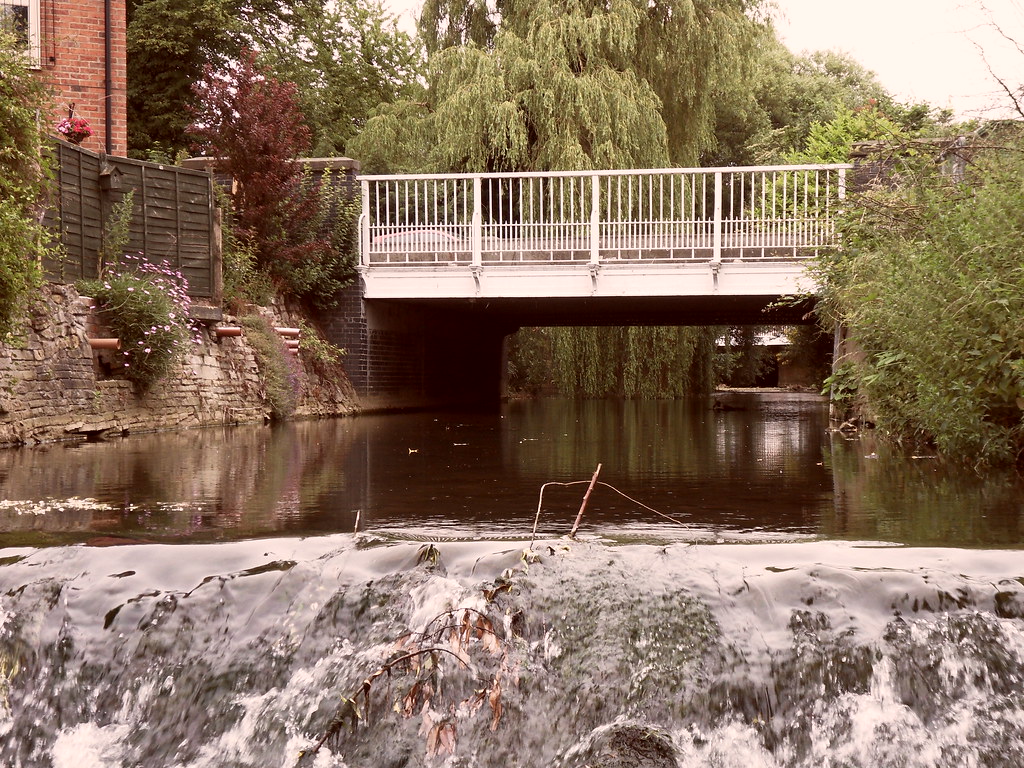 I wanted to target this fish first as it was close to the weir sill. The river drops about three feet, this allowed me to get extremely close. I sat at the side of the weir with only my head showing above the water level upstream and began setting up. As soon as I had set up, I crawled up to the top of the weir keeping a low profile as this trout was only four or five feet upstream of the sill. I patiently sat watching and I could see the fish chase a couple of grayling away. As I waited for it to return the rain started; just drizzle to begin with and I hoped it wouldn't last long. Whilst it was raining the water surface became too distorted for me to see the fish. I didn't want to cast blindly as I would be sure to spook it; the depth should really be measured in inches and barely covers a foot ruler. Unfortunately it wasn't meant to be, the rain got heavier; I first took shelter under some trees trying to avoid getting completely soaked. I eventually moved underneath a footbridge which gave me some respite from the deluge. At that time I was only wearing a thin shower proof jacket over a t-shirt and a slight break in the weather saw me risk a quick dash to the car to change into a more resilient waterproof coat. I'd not made it twenty yards before a flash of lightning quickly followed but the accompanying thunder signalled a torrential downpour. This helped me decide to call it a day, I tried but I felt it was never going to get better and I didn't really want to wave a fly rod around in a thunderstorm. Surprisingly I didn't feel too dejected, at least I had tried and tried in awful weather; maybe if I had finished work half an hour early I could have caught a fish or two.
Posted by Ben Lupton at 22:45