How long has it been since you woke up early because you were excited to go fishing? Although I always look forward to going fishing it has been a while since I felt this excited, like a child again.

I have been waiting to fish the mayfly hatch for a long time. I missed out on last years hatch because of a set of nights falling at completely the wrong time; by the time I had finished them I had missed it all. This year the nights fell two weeks earlier and I have been busy preparing, many hours were spent at the vice tying nymphs, emergers and a few different dun and spinner patterns.

Lay ahead of me was a busy day, after dropping my daughter off at the childminders I set off straight away and arrived at the river after an hours drive. After a quick recce I finally met Joe Reilly who had popped down to say hello; we have been swapping snippets of information about East Anglian trout for some time and it was nice to put a face to the name. We chatted briefly, Joe gave me advice on where to start and where to fish up to.

I made my way to the river once Joe had left and was confronted with a slow, crystal clear, flat surfaced river. I saw some fish immediately which gave me encouragement. Entering the water slowly, I stood at the edge of the river and began to tackle up. This gave the river and its inhabitants time to settle. Because of the intimate nature of the river I opted to fish with the six foot rod but teamed this time with a three weight line, mainly because of the size of fly I anticipated using.

Ahead of me I could see fish rising sporadically, it was still early and nothing specific could be seen. I tied on a size 12 Dhe; I have so much faith in this fly, it has caught a ridiculous number of fish so far this season.

About ten yards ahead of me a fish was rising gently, porpoising occasionally, its tail gave away its size. As much as I tried, and I probably tried too much, and although it took the fly twice, I didn't catch it. I had to move forward slowly so not to make the fish in front of me aware of my presence.

After passing a low branch that almost touched the surface I came across a group of fish, a mixture of trout, chub and dace. It was a chub that took the fly first, followed quickly by a small but very welcome trout. I hadn't blanked and could relax a little as I moved upstream. The water clarity allowed me to target individual fish and I caught a succession of trout as well as another chub and a dace. The fish were spooky, often darting upstream alerting others ahead, but a gentle approached allowed me keep catching. 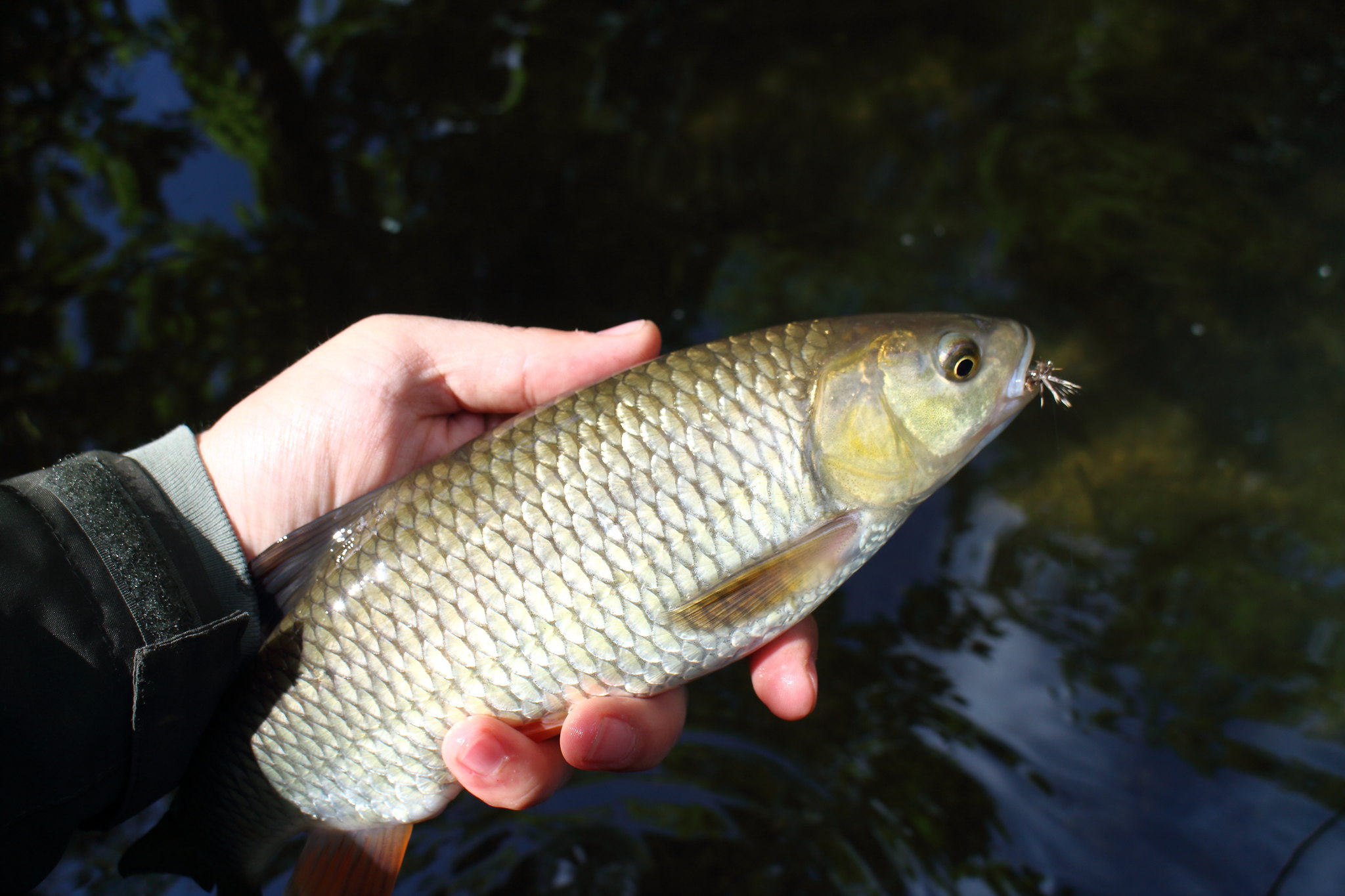 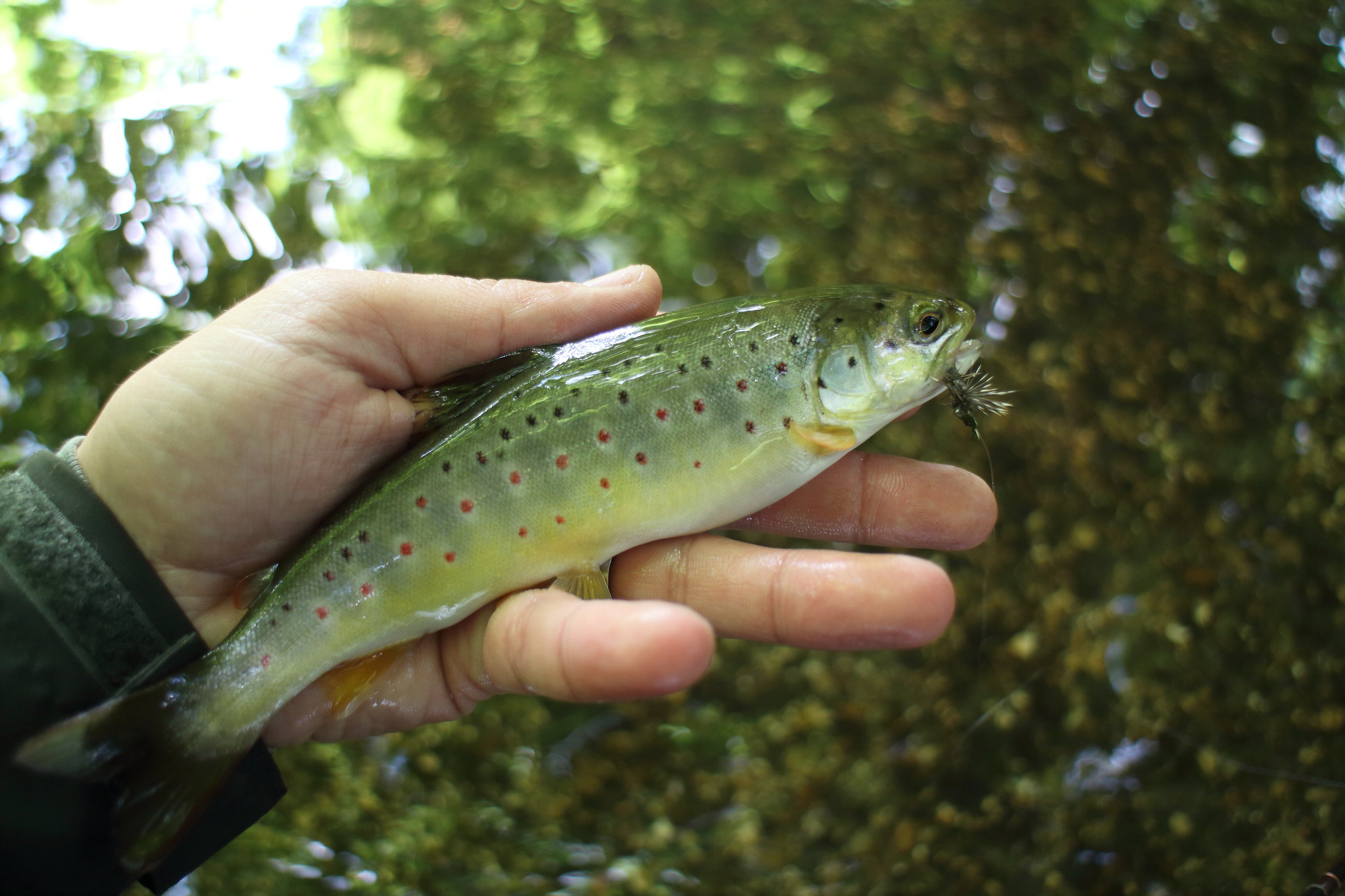 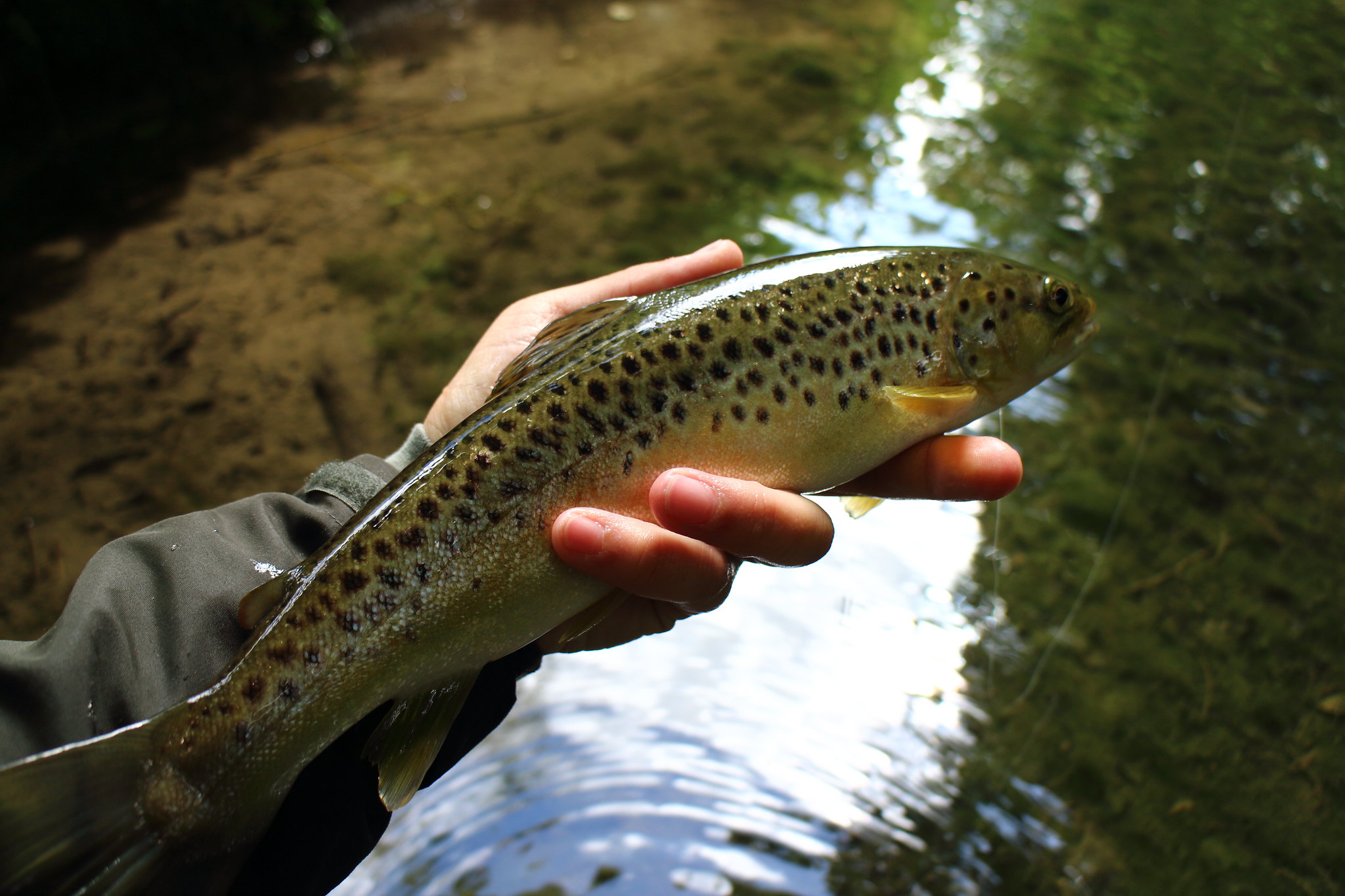 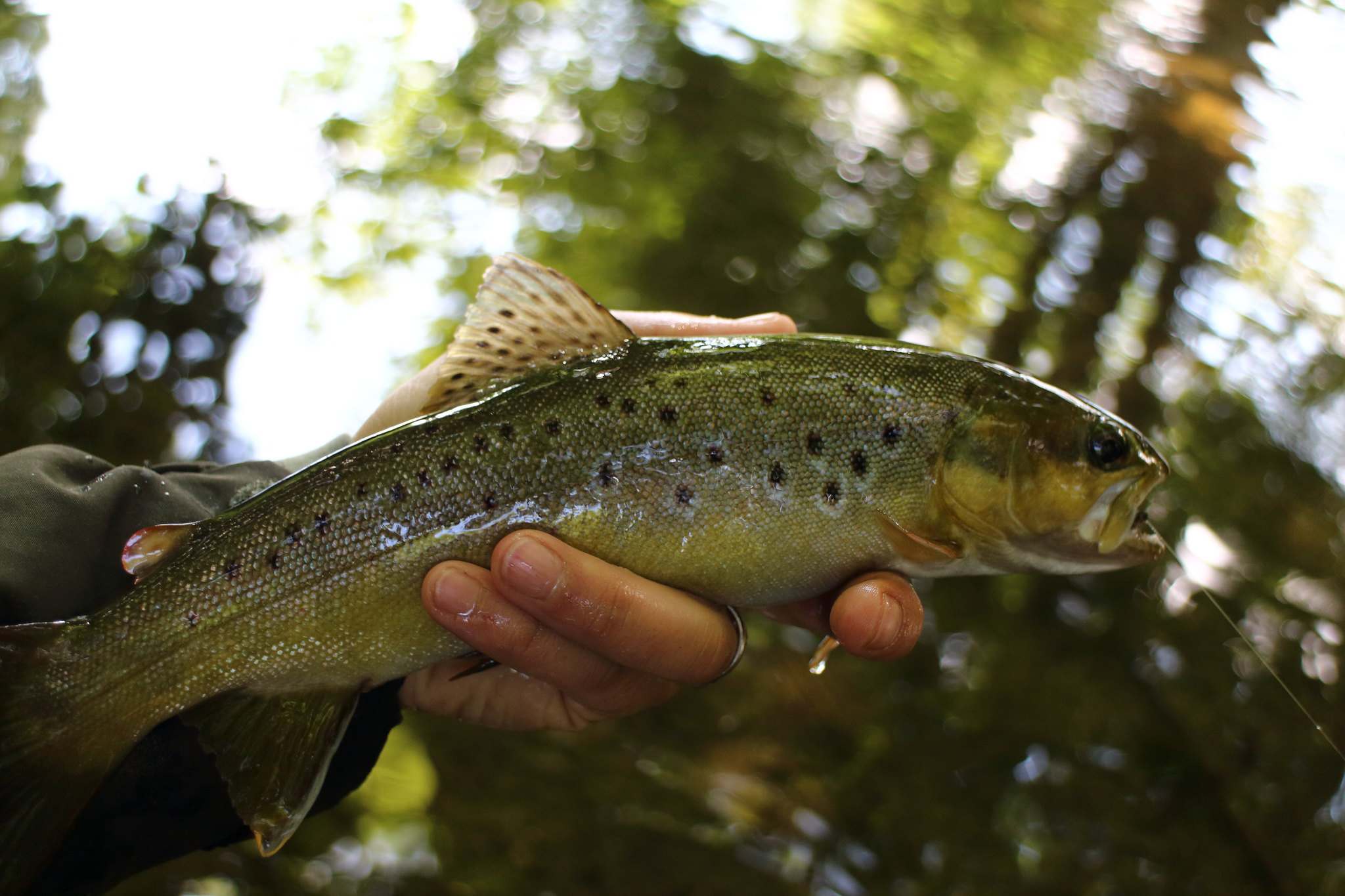 I planned to fish another river in the afternoon, it was about forty minutes drive from where I was and by about midday I decided it was time to leave, but not before tying on a mayfly and catching a couple of trout as a departing gift from the river. By the time I left I had only fished around a third of the stretch, there was no doubt I'd be back to finish the job, I was so impressed. 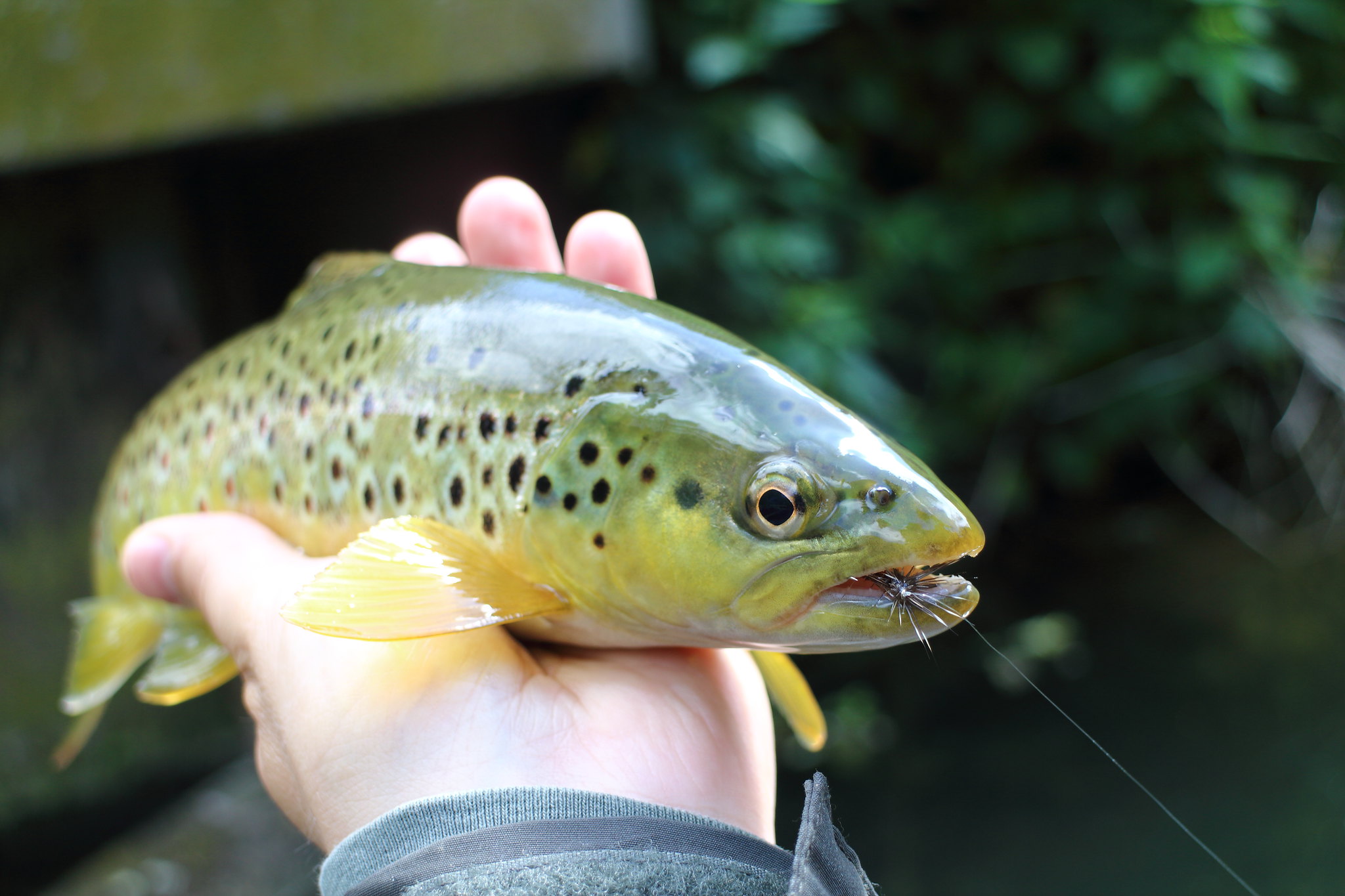 The second river I fished was stark contrast to the first, deep, sluggish, coloured with a clay bottom, it looked more like a typical lowland coarse fish river, evidenced by a chub being the first species of fish I saw. I walked a good distance down stream noting sections of river worth targeting, it was a while before I saw a trout.

I chose to use an eight foot, four weight rod on this river; the wind was stronger and I felt a lower line weight would simply not of coped casting a bulky fly, I only intended to fish a mayfly here as there were quite a few hatching off. Concentrating on the faster sections of river it didn't take long to catch a trout, again I breathed a sigh of relief, I'm always anxious about not catching on a new piece of water; fishing was a mixture of targeting sighted fish or casting at rises. 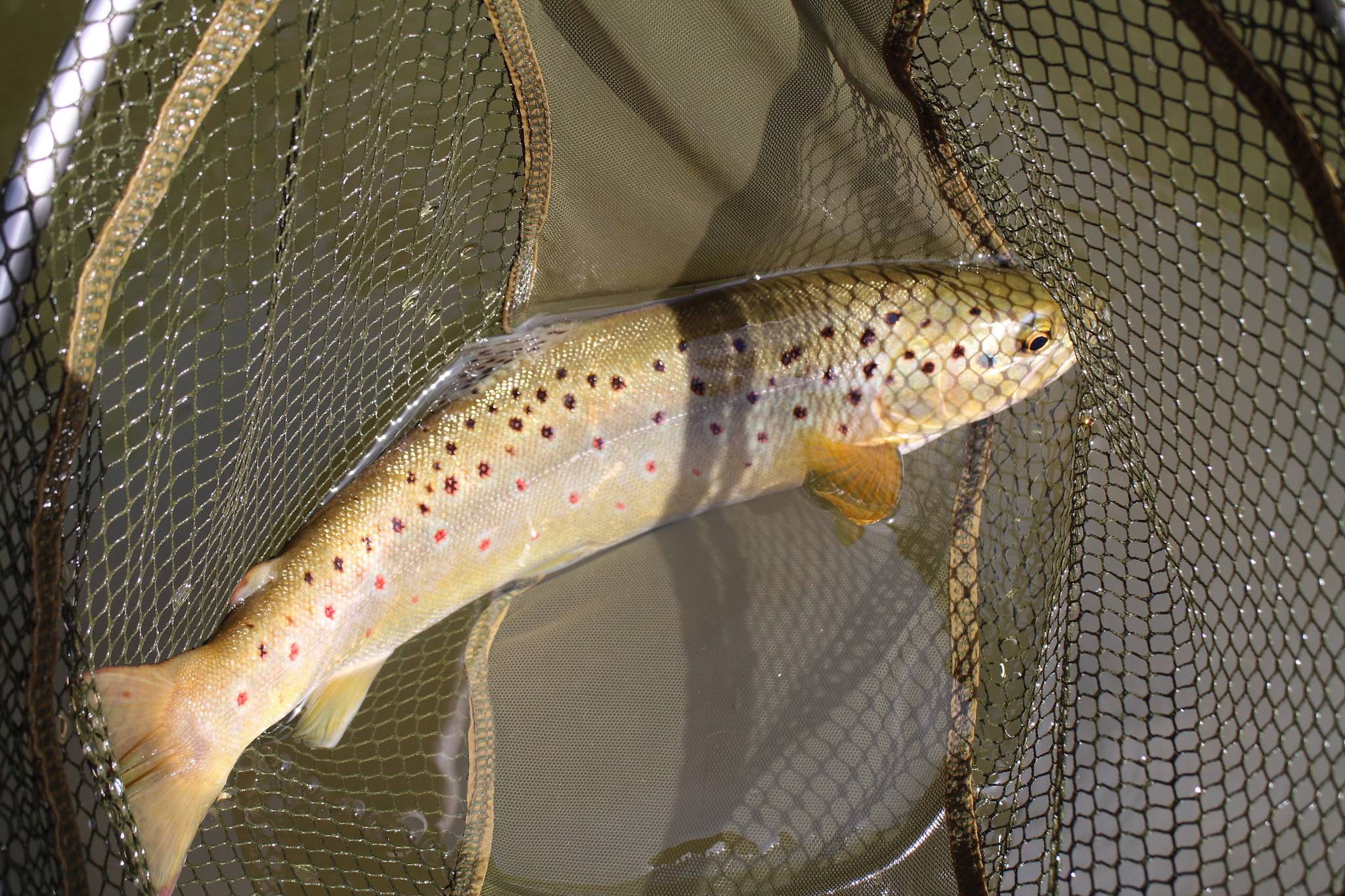 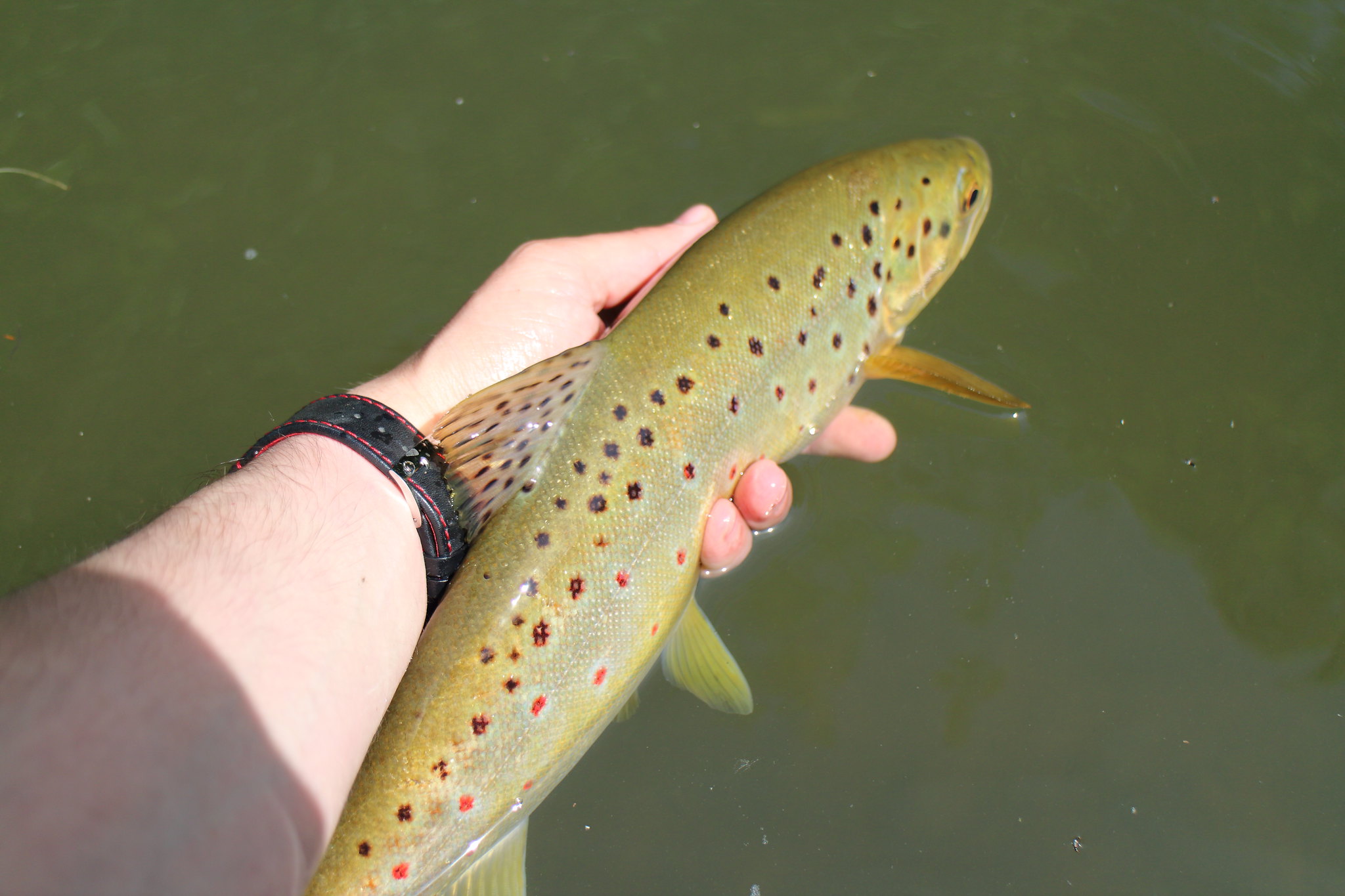 My biggest fish came from the head of a pool. The river narrowed upstream to around a third of its width and flowed into a deep pool, the colour of the water obscuring any fish it held. I cast the mayfly into the fast water, the current brought the fly back towards me and was taken just as it drifted over the the deeper water. At around sixteen inches it fought well and was in immaculate condition. I finished with six trout and two chub, I lost a few fish and missed many more as the smaller fish struggled to take the fly properly.

As I arrived at my car I was greeted by swarms of mayfly spinners dancing in the afternoon sun. 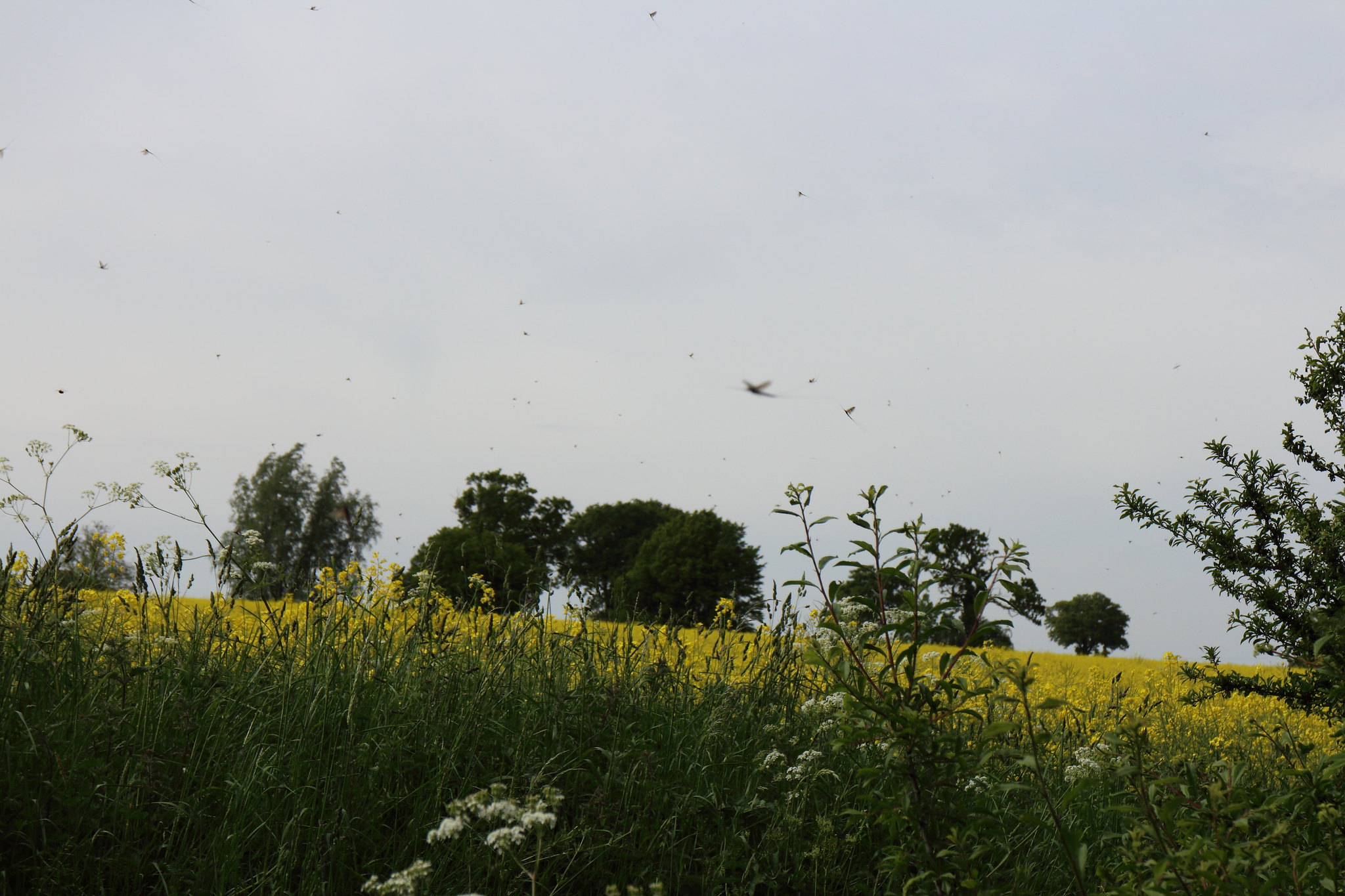