Recent ties and some favourite patterns.

Just a small gallery of patterns along with a brief transcript to match the fly. 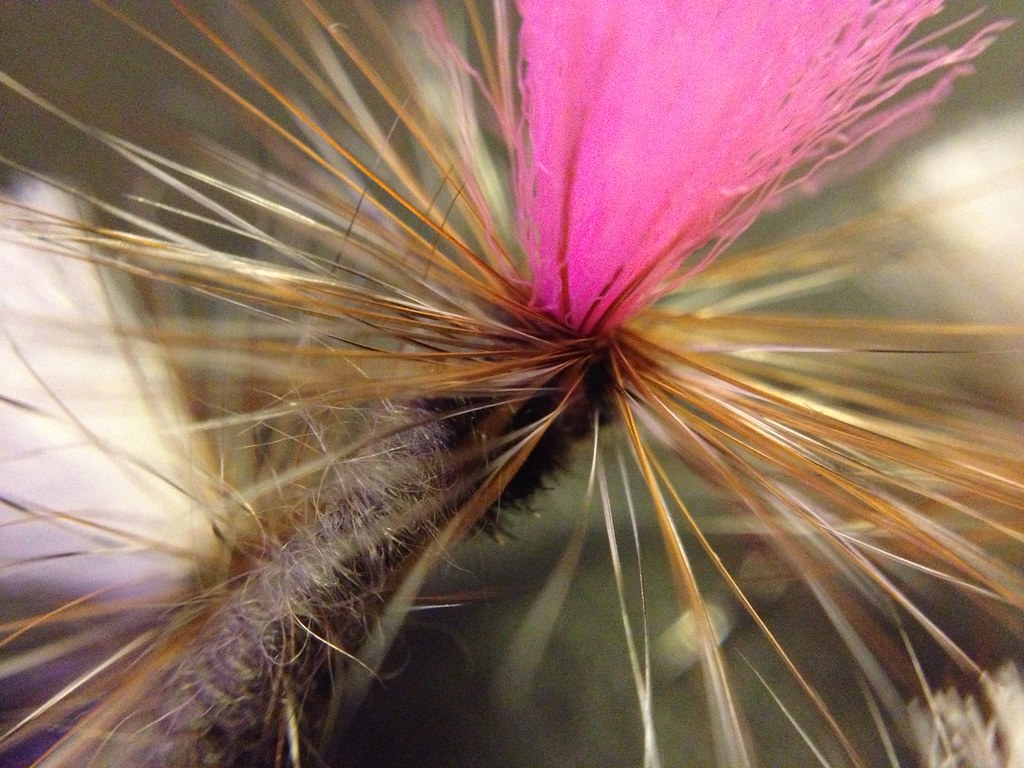 First of all is a staple searching dry fly pattern; the klinkhämmer special. This pattern is represented in an Adams style. If there are no obvious rising fish then I have no difficulty in selecting this pattern. I tie it in a number of colour-ways from light and dark tan, to black along with the aforementioned adams style and a bright green caddis hue. I use the Partridge Flashpoint Klinkhämmer 15BN hook to tie this pattern on; many people use a conventional grub style hook to tie these but not only is it not a Klinkhämmer it doesn't really have the right profile. No doubt that they work of course; they're just not for me. Before there may have been some argument about the use of curved grub hooks, the Partridge 15BN hook was only available down to a size 20; that in itself is a misnomer as that is still a decent sized hook, so a grub hook could offer flies of a smaller size, but Partridge also now make these hooks down to a size 24, these now give a fly of small enough size to have most eventualities covered. In the past I only ever tied this pattern with a white parachute post. I feel that you should have a couple with a more visible posts to fish in low lot levels at dusk or if fishing a pool that has a lot of foam and bubbles. Also I think that due to their smaller size the flies tied on 22's and 24's should routinely have a hi-vis post to aid tracking in the flow. 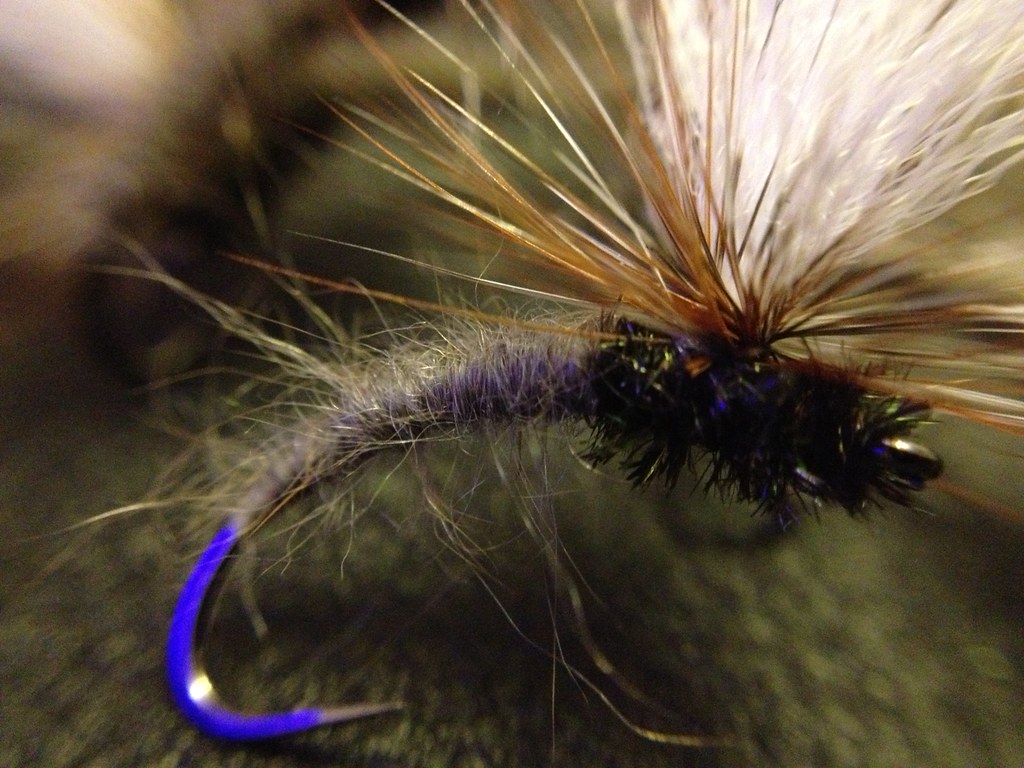 I use Fly-Rite poly dubbing for the abdomens except on the adams version which is muskrat underfur. All the thorax are peacock herl and for the post I use TMC Aerowing; I find the Aerowing particularly easy to use as it comes in a four ply and you can take away or add plys depending on the size of fly you are tying. Hackle is always genetic cock, my preference is Whiting neck as I tie a number of different sized flies so I'm not constrained by hackle sizes, and I normally wrap four times around the post.


Next pattern is one I discovered on YouTube; Olive spider dry by Davie McPhail. He is a well know fly tier who has his own channel with a large amount of fly tying videos. The footage is well shot and edited and his narration is instructive and his videos are a nice easy watch. I found this pattern almost his videos; it is simple as well as being a very suggestive pattern that could be used in different variations to cover most of the UK's Ephemeroptera. I look forward to using this fly.


Another absolute staple of mine is Oliver Edwards Baetis nymph. This along with Sawyer's pheasant tail nymph are my mainstay olive nymph flies. I tie these sizes 16-20 and fish whichever size is appropriate for the time of year. Generally you'll be looking to fish the 16 at the beginning of the season matching the size of large dark olives and gradually decreasing in size as the season continues before increasing in size towards the end as the second brood of LDO's hatch in September. I tie this exactly as OE describes in his Flytiers Masterclass book and although it can seem a complicated pattern it really is more just a few processes that once mastered can turn this fly into an easy tie but slightly time-consuming.


Lastly for now is another pattern using the Adams formula. This is a paraloop emerger; I have used sparkle emerger yarn from hareline for the tail. The paraloop hackle is not particularly difficult to tie although I found the hackles more willing to snap in the smaller sizes. I have tied this pattern in he usual 16-20 and again this will cover most Baetis upwings in the emerging stage. You could use stripped peacock herl or turkey biot for the abdomen to offer a different stance on this pattern, 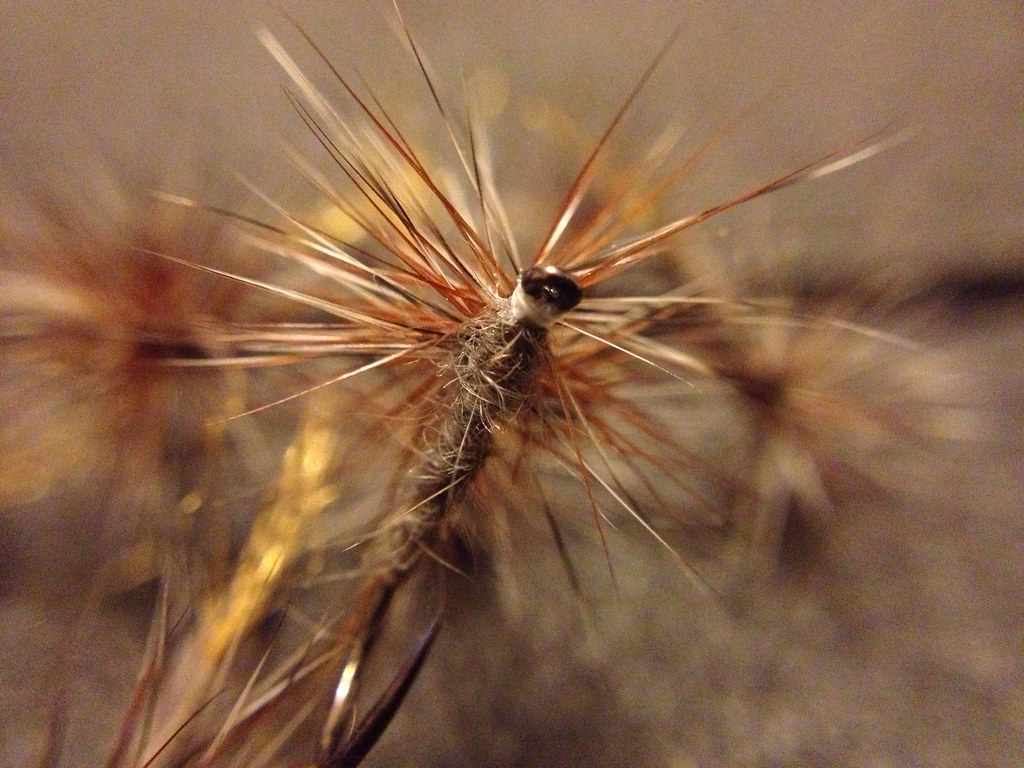