It's been a while

It's fair to say things have been pretty quiet on the fishing front for me, I don't think I was prepared for how disruptive changing jobs as well as having a newborn would be. I'm certain a balance has now been reached as I have settled into a routine and begun to find time to tie flies and even a trip or two fishing recently.

As mentioned in the last blog post I have been tying dry-flies for the Wild Trout Trust annual auction, these are now finished and the box is complete and ready to go. Of course calling the selection early season dry flies is stretching it a little as I have included the devastatingly effective Adams Klinkhamer, which in certain parts of the UK fall foul of a dry-fly only rule and a variation of Gwilym Hughes' Cul-de-Canon which is another emerger pattern.

So now that the box is finished, what is included:

Along with the box of flies I am also offering a days fishing guided by me on my club rivers; you can see the illustrated catalogue on the Wild Trout Trust website here, lots 32 and 247.

Tom and I took a trip to Dovedale in the middle of January, perfect conditions greeted us, it even felt like winter after recent snowfall. I have always found the Dove a fickle temptress, this was only the third time I had fished the river, luckily I saved myself from a blank again as did Tom.

We both caught trout and grayling although our ratios were opposite, Tom catching three trout and one grayling, I caught one trout and four grayling. One of those grayling was around a pound and a half and gave a very good account of itself which Tom caught on film, unfortunately as usually happens with grayling it slipped out of my hands as I was measuring it so there is no trophy shot.


I also managed a short afternoon on the town stretch I fish, the river was well coloured but fishable and the trout agreed as that was all I could catch, all three of them; I could not find the coarse fish or grayling that day.

More recently I visited this years British Fly Fair International at Stafford, a mob of four of us went to spend our hard earned dosh and take in all the excellent flies being constructed on Fly Tiers row. I didn't quite manage to fulfill my shopping list and came home with a sum of unspent money, but Tom and I did go halves on a couple of superb Whiting Coq de Leon saddles in medium pardo and ginger pardo. I also picked up a new partridge skin from Cookshill along with a chickabou pelt from Chevron Hackle. Picking up a few extra spools of silk from the Langleys stand, a superb bright yellow was pointed out to me as being the colour for the Partridge and Yellow spider so naturally I bought a spool and I have of course tied with it.

I'm hoping in the near future to really start knuckling down and tying streamers, I have a few sculpins which I have shown previously but I really want to get on with some baitfish patterns, having struggled to find hooks that are made small enough for my needs I found some Sakuma 410 in sizes four and six from the Funky Fly Tying stand; ideally I would like the find hooks similar to these in sizes eight and ten to satisfy my needs. 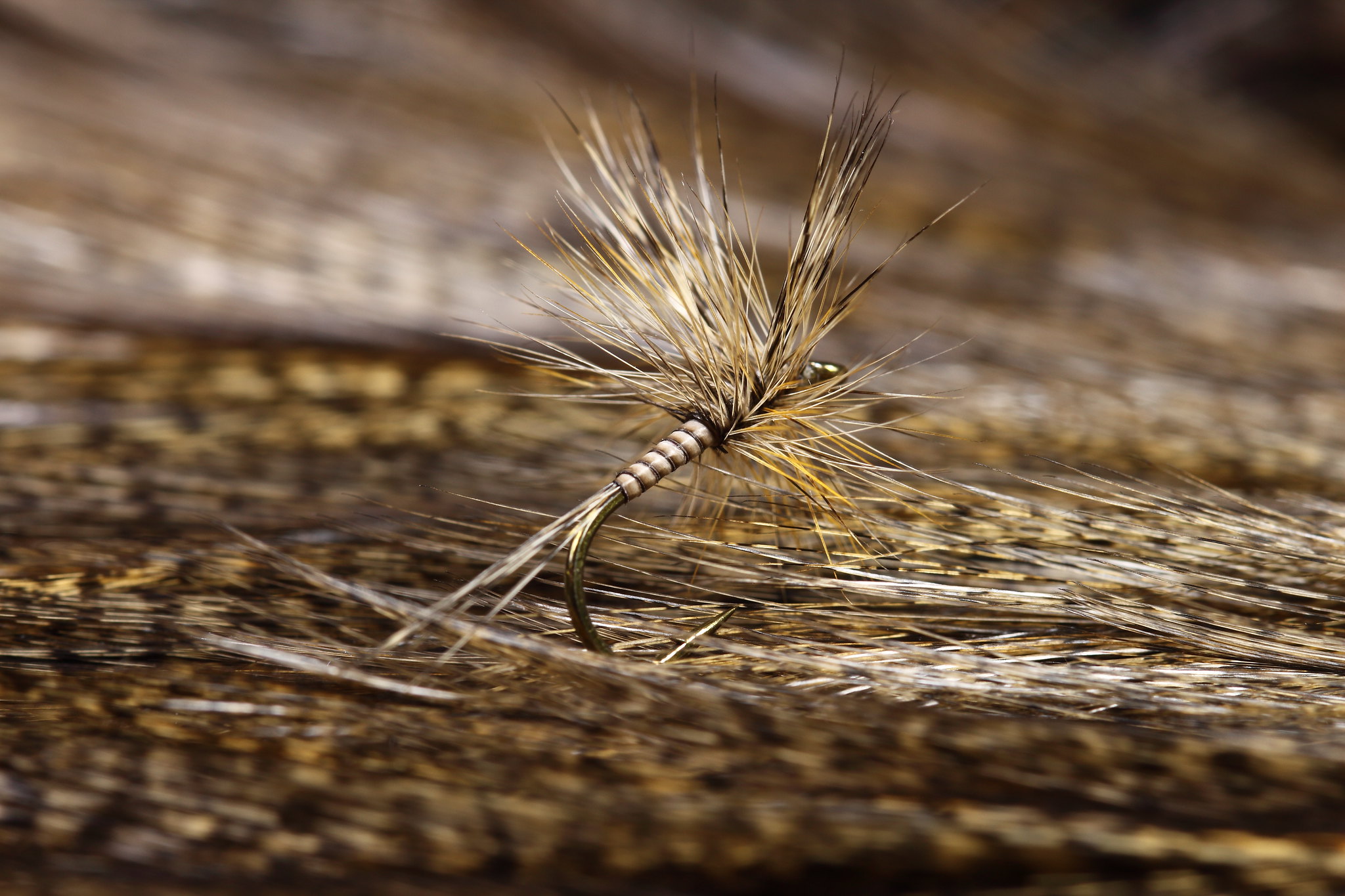 More recently I took part in a little social gathering on the Dove at Dovedale. I met Steve on the way and we traveled together and Tom drove with Eliot. We met up with Mike Johnson, Jon Kerr and their companion Lester. We spit up a little and made our way up and down the river in small groups spending time fishing likely runs and pools. Meeting up at one, Jon pulled out his Kelly Kettle and set about boiling some water for a much earned hot drink. Only Steve didn't join us for lunch, he had yet to score and was determined not to blank.

The biggest fish went to Tom, indecently it was also his first and by the end of the day we had all caught fish, grayling predominantly but also a number of trout. No particular type of water favoured either species and fish were caught in some surprisingly shallow fast runs as well and deeper slower water. I caught fish on pink shrimps and small tungsten bead head nymphs and my final tally was ten - seven grayling, three trout. I was hoping to catch a fabled dry-fly caught winter fish as there were a number of olives seen coming off and a member of the party saw a rise late morning but that was all, I will have to wait a little while longer before I catch off the top again.