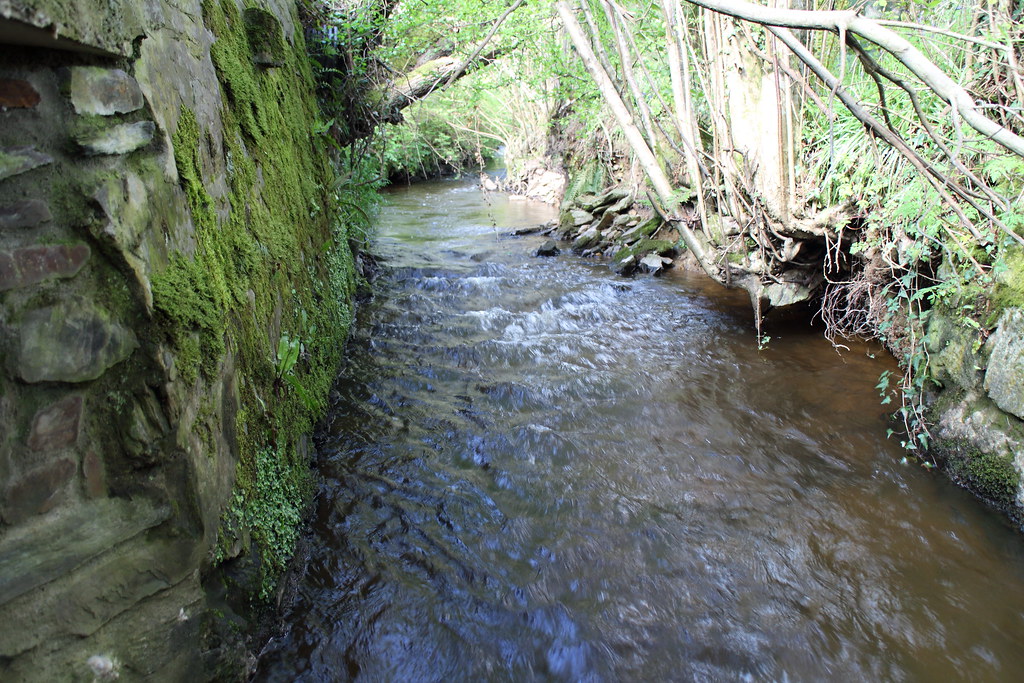 The first week in May treated my partner and I to a short get-away in Cornwall, this was only the second time I had traveled this far into the South-West and of course I packed some fishing tackle for the trip. We stayed in a self contained cabin situated on a farm in New-Mills near Ladock, I knew there were some ponds that contained fish so naturally some coarse fishing equipment was packed, but I had no idea there was a small stream running through the farm which turned out to be the Tresillian River. 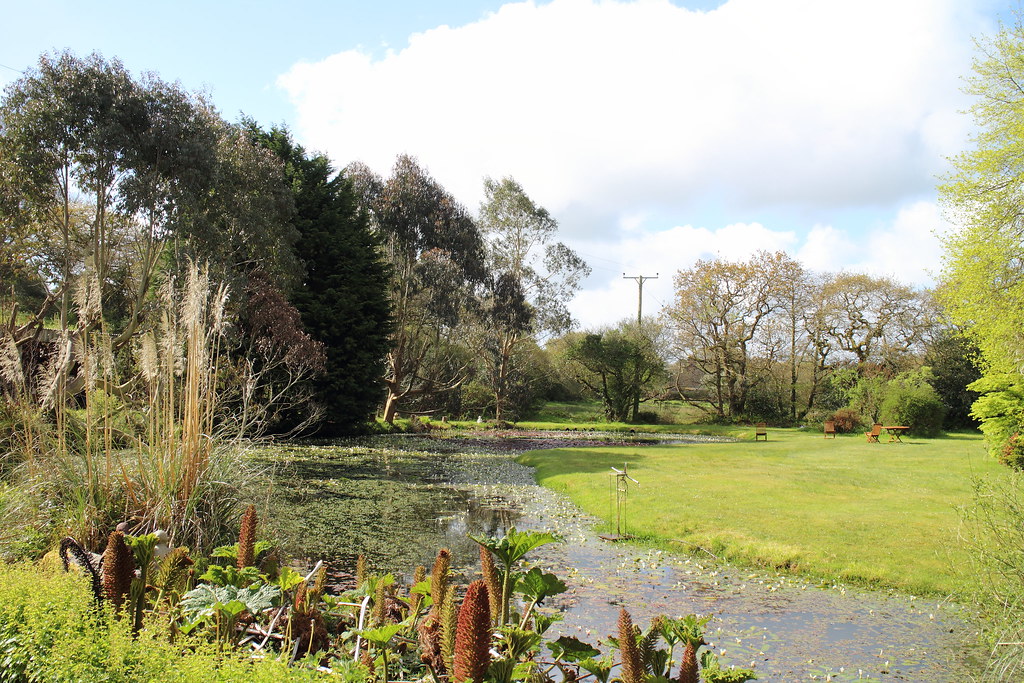 No river can remained unexplored and as we walked around the grounds soon after our arrival I saw a small trout dart for cover - bonus! Knowing the ponds could be fished I checked with the owners whether they objected to me trying the river, I was delighted that there was no objection and they even pointed out a good spot to try. Overnight rain coloured the river on the second day and by mid afternoon it had cleared leaving a slight tinge, I hoped this would provide a small advantage to help me stay a little concealed and hopefully giving the fish some confidence rather than being skittish in clear water 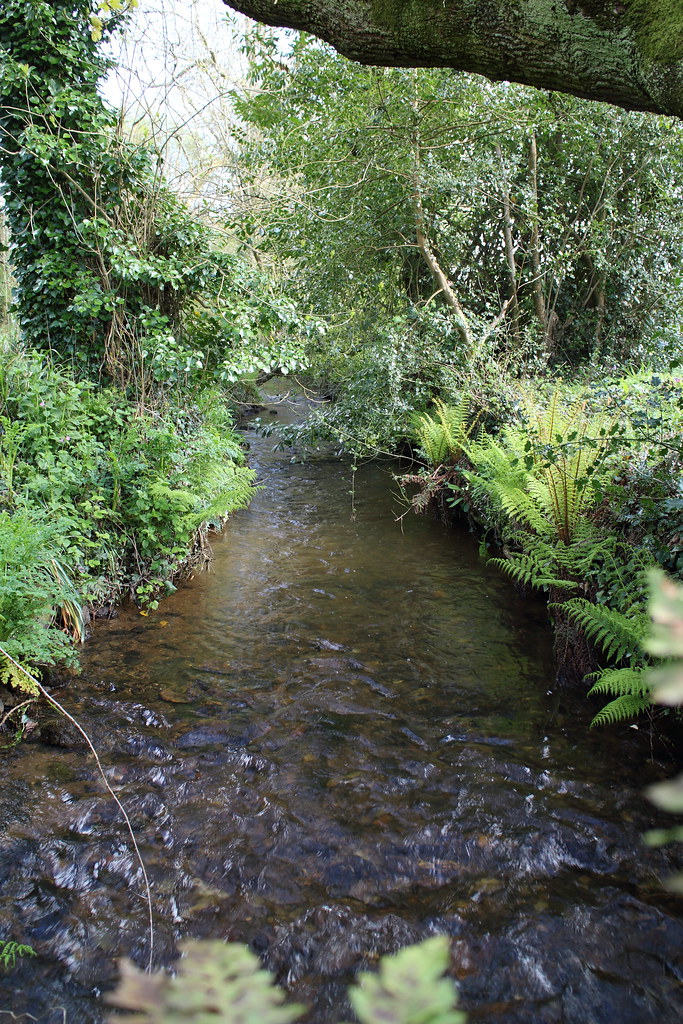 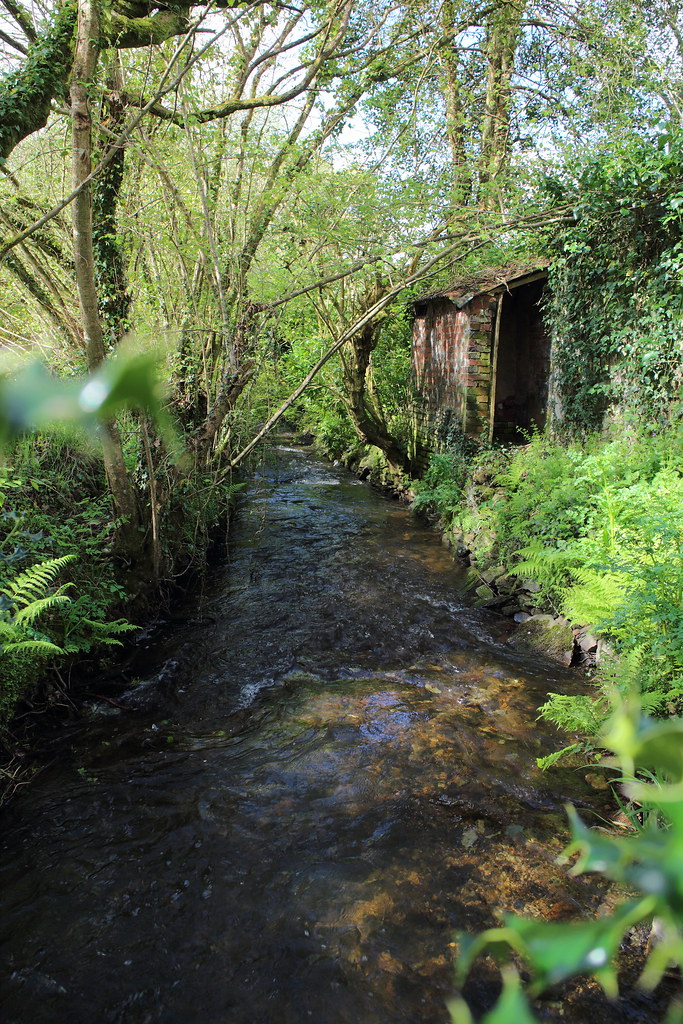 My small stream outfit was left at home over two hundred and seventy five miles away, this meant some major improvising, the Lexa was reduced to the top three sections and I transformed into an aquatic Robin Hood firing out bow-and-arrow casts as I shuffled along the river bed on my knees. A three foot furled leader was attached and the tippet was around the same length and to cover all options I tied on an Adams Klinkhamer and Copper bead pheasant tail nymph, there was barely a couple of inches of fly line beyond the rod tip but there was no expectation of needing the line to be free-running. 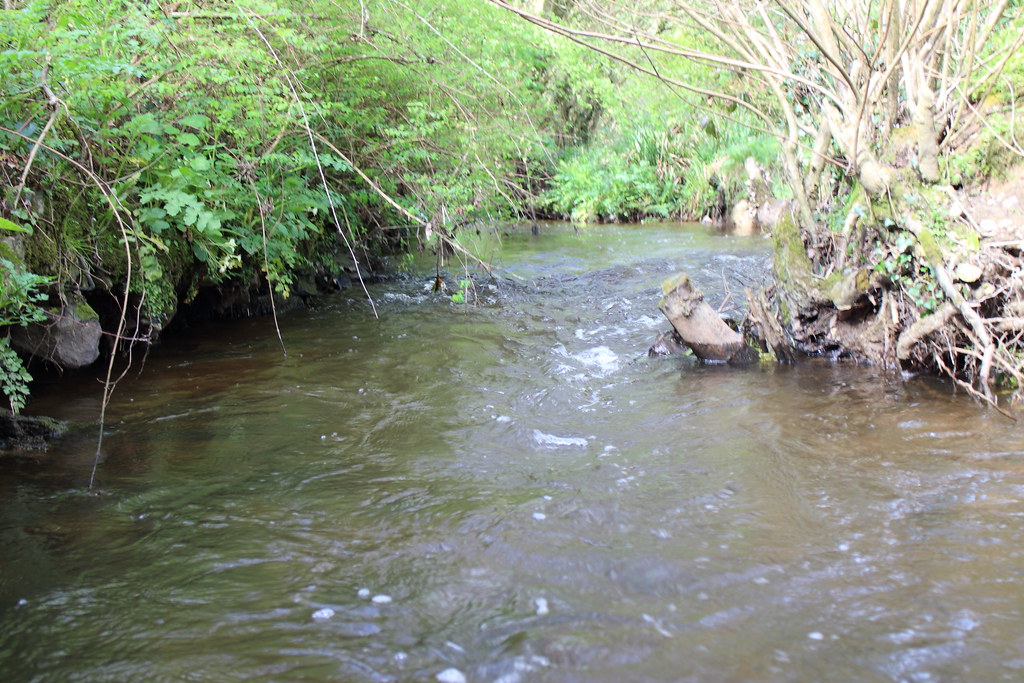 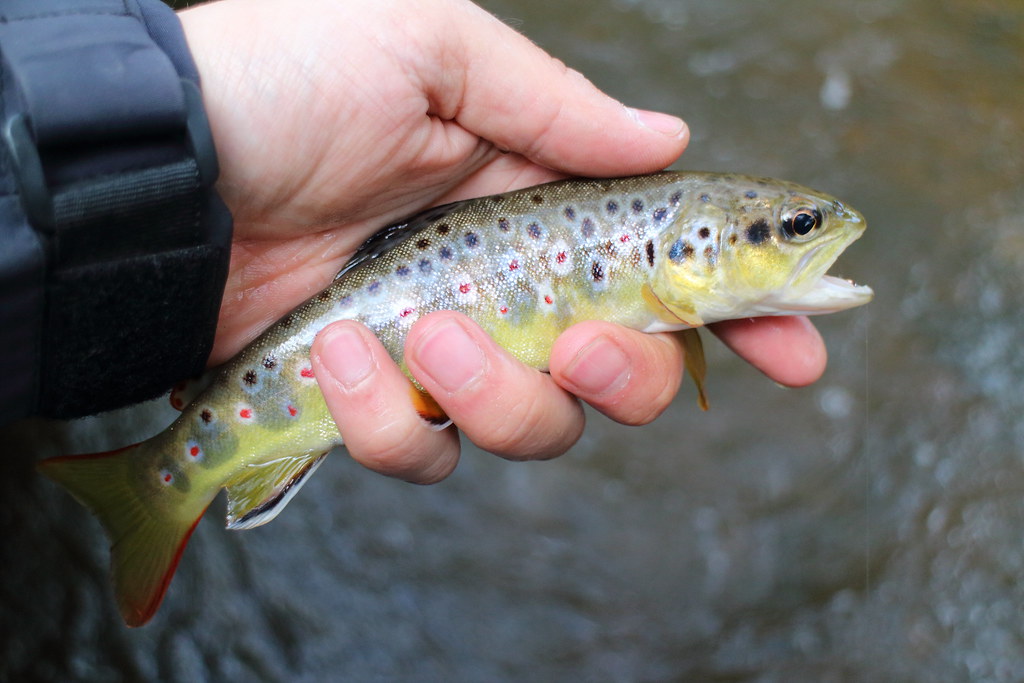 It was tight, very tight, even the three sections were too much at times but perseverance paid off and I caught very quickly in the first run. My knees screamed as I crawled and inched along for around an hour and a half, on the way I landed half a dozen palm-sized beauties that snatched at the flies soon after their entry to the water and hooked and dropped the same number; although the majority fell for the nymph the klink raised two fish that didn't stay on but a fish from the top is always satisfying. 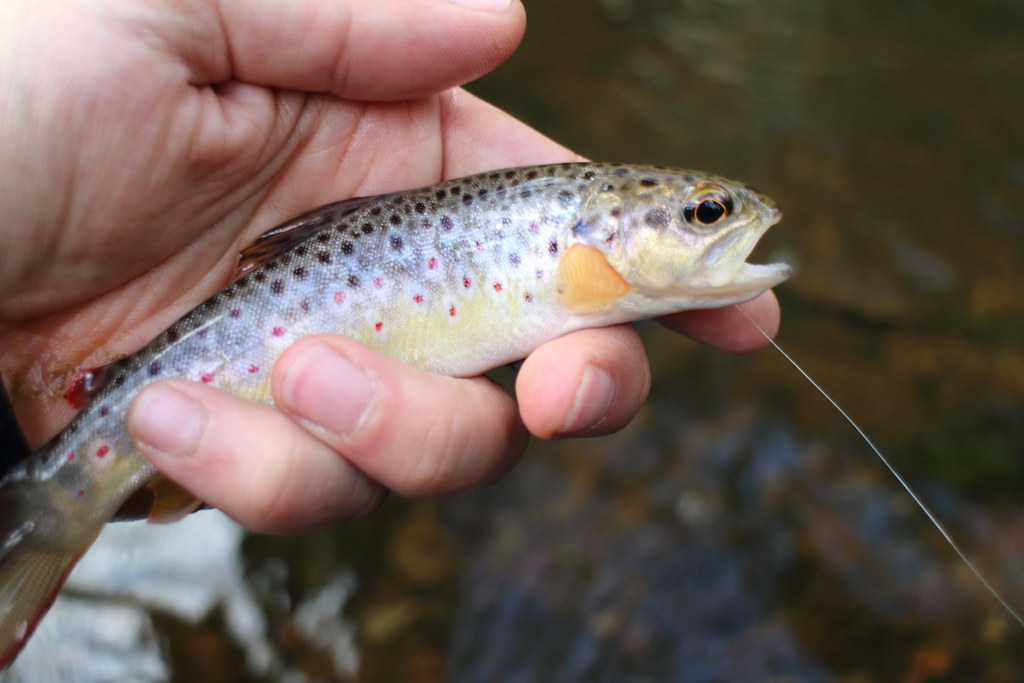 The coarse fishing tackle never made it out of the car, only one small rudd was spotted and the ponds were chocked with lily pads, the owner told me he filmed an otter the week before, perhaps it's been keeping well fed although it wasn't spotted during our stay.
Posted by Ben Lupton at 20:34