Second attempt this month and my trout season has started. I had arranged a shift swap on the third but has happened with too much frequency this winter the weather forced a postponement, even my banker river had turned into an unappetising latte of sorts. Another significant rise at the beginning of this week had me feeling despondent, I genuinely thought it was going to be another week before I could wet a line, I watched the gauges with compulsion as the drop was as steep and quick as the rise but settling some two inches above the pre-rise level. Figuring the actual height of water would be acceptable it was the colour that concerned me; I didn't know what would be greeting me.

A decision had been made to check the upper beats first, if these were unfishable then it wasn't worth looking elsewhere, a high and well tinged river was what I found as I peered over a small hump-back bridge. Easy it wasn't going to be but the opportunity was there. As it was sill early I decided I would look downstream, I had a desire to fish a beat lower down the river that has been productive for me in the past and it only took fifteen minutes to get there so it wouldn't have been too much trouble to head back if it wasn't any good. 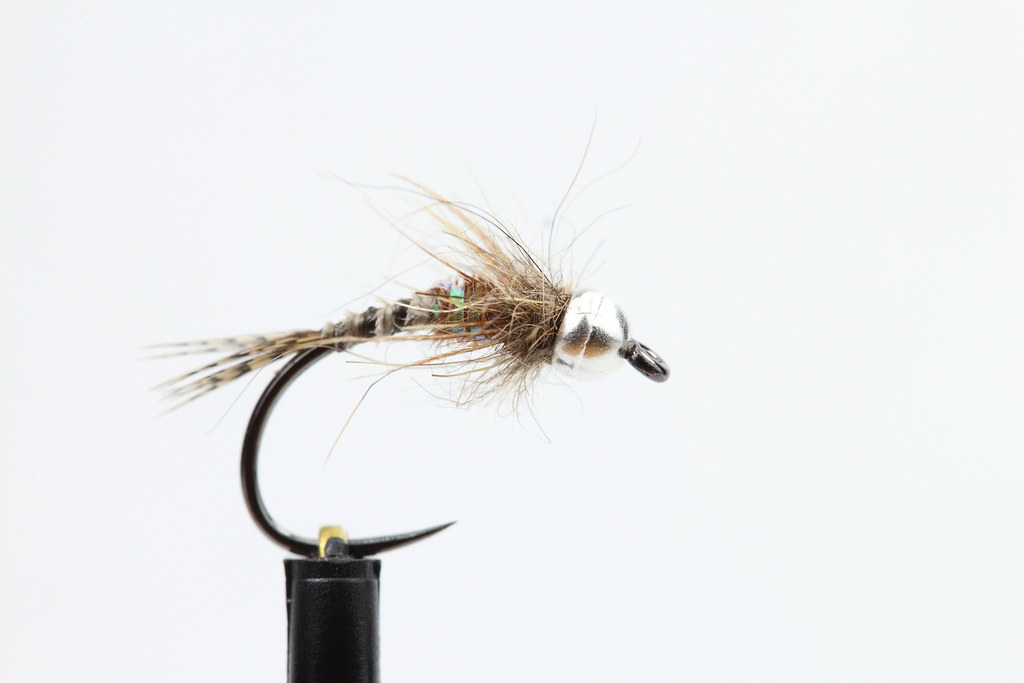 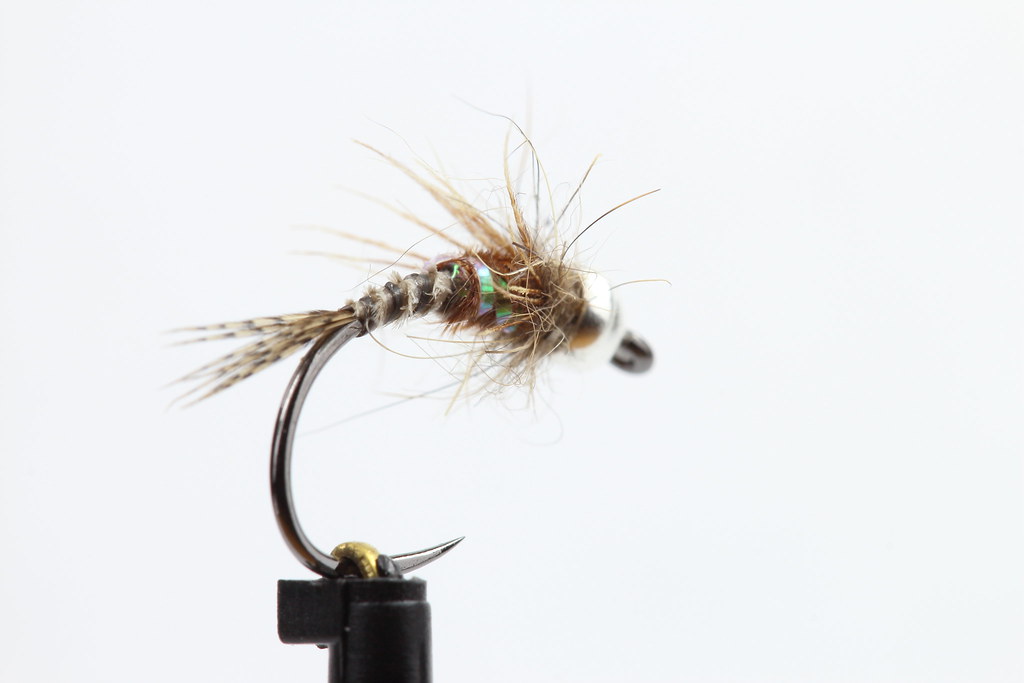 There was slightly more colour to the river but the want to fish here overrode any concerns. Setting up the Lexa nymph special I opted for a 2.5mm copper beadhead pheasant tail nymph and one of Dave Wiltshire's baetis nymph adorned with a 3mm silver bead - this is the first silver beaded fly to join an established selection of tungsten beadhead nymphs; the usual 9 metre Hends Camou French leader connected to ample backing on my Lamson Litespeed completed the outfit.

Well there's isn't a great deal to say but I spent two hours not catching except for a lonely grannom, which looked a little worse for wear when it came round to photographing it.

A little after lunch I drove back to where I started the day, the Lexa was packed away and a change of tactics but not flies was decided.  I set up my Lochmor-X eight foot four weight with a furled leader incorporating a hi-viz orange butt section, I think it's easy to forget simple upstream nymphing in favour of the ever popular European leader techniques. 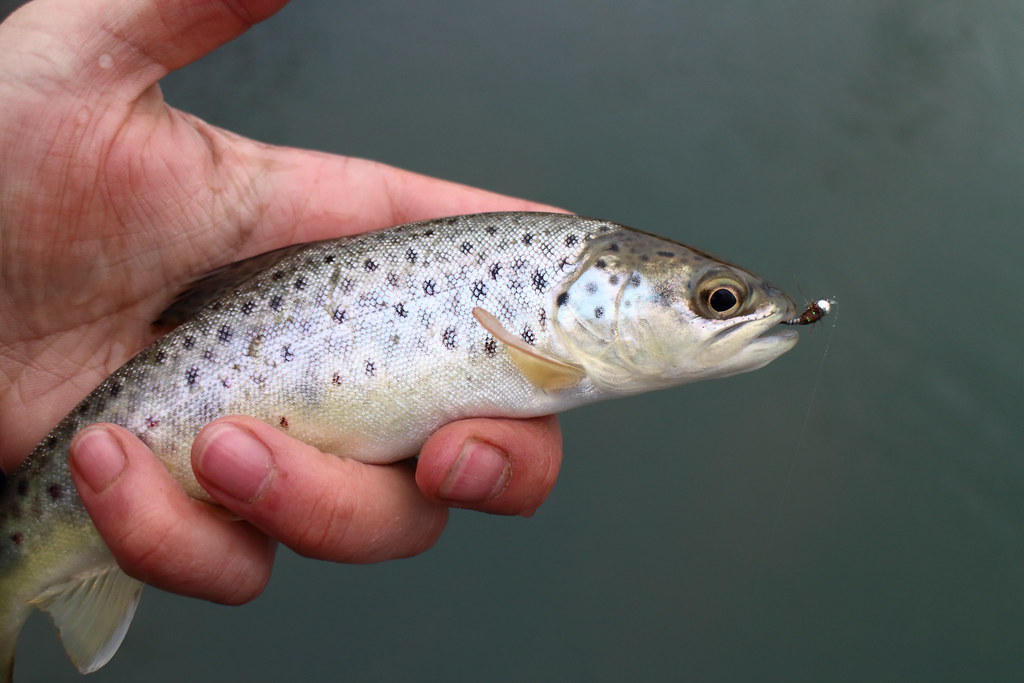 Within five minutes I had caught, a small trout of around six inches took the silver bead-headed Wiltshire's baetis, this saved my day from the dreaded blank, relaxation and enjoyment could now begin. It took a little longer before the next one came along, a fluky one really because I had hooked a sunken branch and in my effort to wiggle the fly free the second trout took the copper bead PTN as it dangled mid-current and coincidentally freed the stuck fly for me. 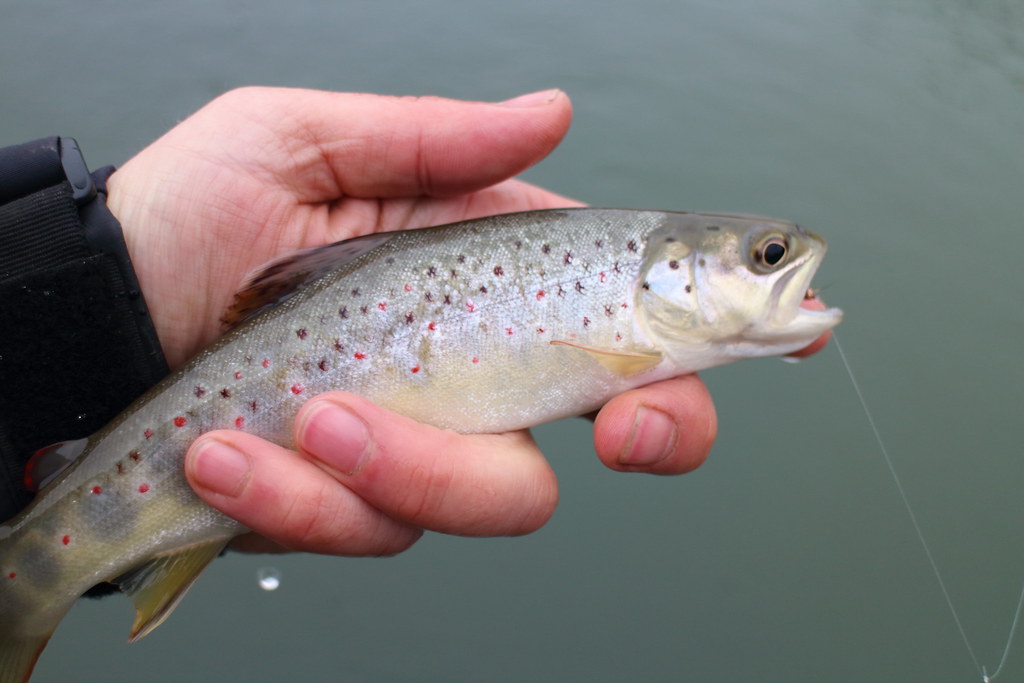 A lack of practice saw me hook more than the occasional tree branch and a swirling, gusty side wind really didn't help matters; anyone walking past would have thought me mad swearing at trees. The third and final trout for the day came from a tributary that flowed clear just above the junction - above that point the main river was actually more coloured, the trib diluting the river considerably.

An aching shoulder called time on the day, I had manged three trout in an hour and wanted to finish on a high for the first trip of the season.
Posted by Ben Lupton at 22:19